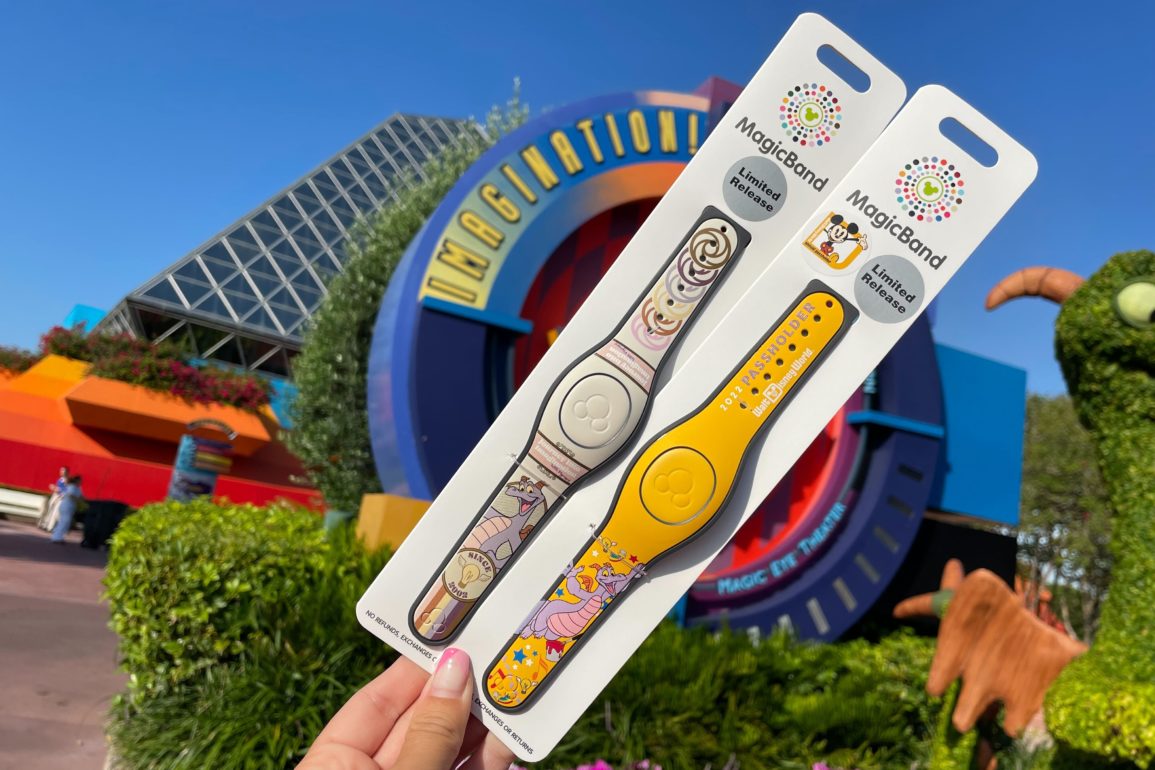 Two new limited release MagicBands have arrived to celebrate the 20th anniversary of Journey Into Imagination With Figment. Of course, the attraction has been around for much longer in various forms, but this anniversary celebrates the present iteration.

The limited release band is cream with a matching Mickey icon.

One side of the band features the Imagination pavilion logo in shades of pink, purple, and brown. The Mickey icon is framed by the attraction logo.

The other side of the band features Figment and reads “Since 2002.”

The Annual Passholder band is yellow with a matching Mickey icon.

One side reads, “2022 Passholder” above the Walt Disney World logo.

The other side features Figment amid a cacophony of paints, music notes, stars, and the winged lightbulb icon.