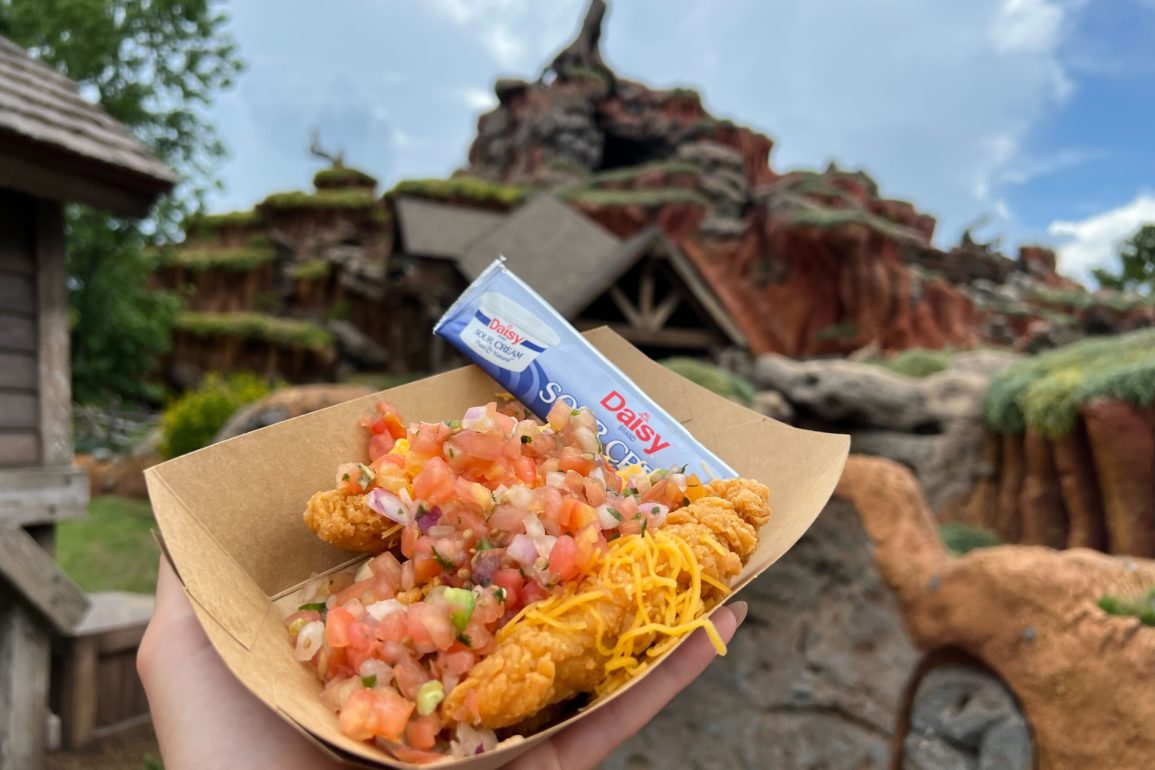 We ventured out to Adventureland in Magic Kingdom to try the new 50th anniversary Pecos Pico Tenders from the Golden Oak Outpost. Here are our thoughts on the interesting dish.

This dish was served with four chicken tender covered in cheddar cheese, Pico de Gallo, and sour cream. It is quite literally what it says it is.

You can taste each flavor as you dive in, but they don’t combine well. The cheese didn’t melt, and the pico is very mild. The sour cream just barely tips this dish over the edge of bland.

It seems like they were trying to go for a unique take on loaded nachos but failed in the execution. A bit of melted queso would have gone a long way.

Overall, the dish is fine if you want to mix up the usual chicken tenders combo, but like the other 50th anniversary meals from Golden Oak Outpost, we’re not reaching for them again.

Next
First Look at Sigourney Weaver as Teenage Na’vi Kiri in ‘Avatar: The Way of Water’