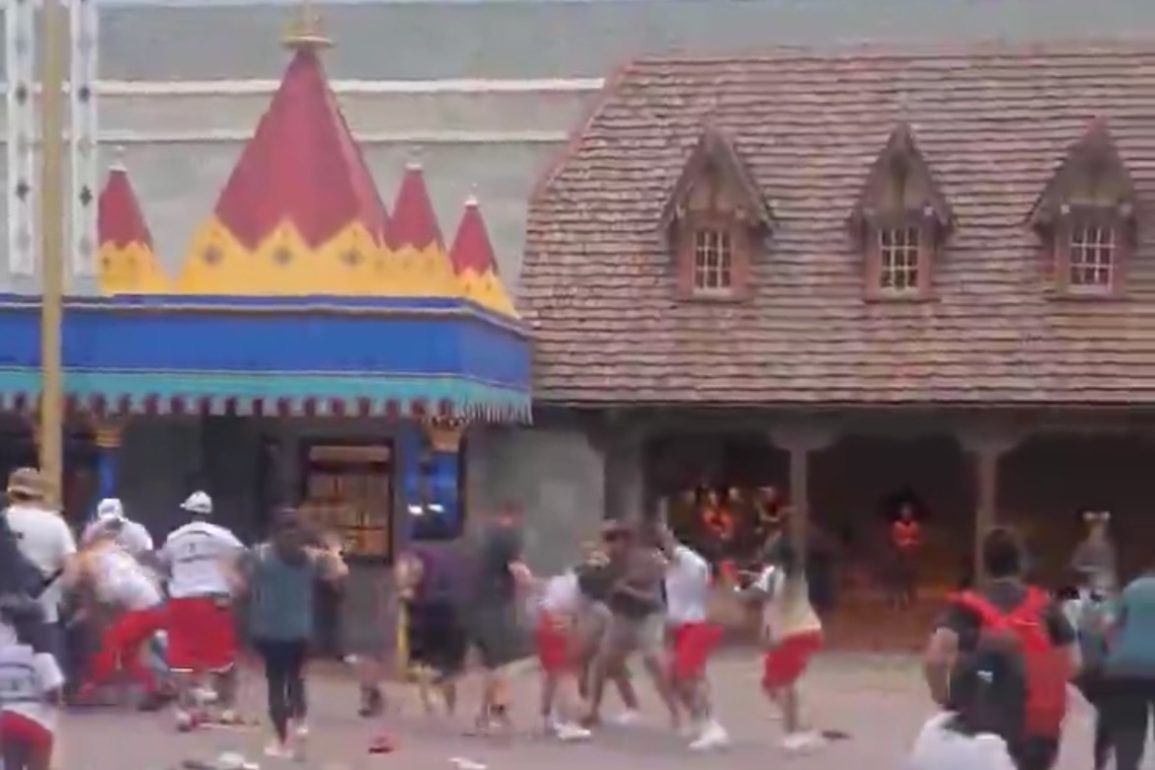 UPDATE 2: The guest who previously reached out to WDWNT told us their family had been banned, and guests from the other family were arrested.

UPDATE: One of the families involved in the brawl reached out to WDWNT to provide details and more footage.

In yet another incident of physical violence among guests, a brawl broke out among a large group of guests, this time at the Magic Kingdom.

A close angle from TikTok user @straightstunner (now removed) shows the fight between two groups of guests, one dressed in identical white shirts and red shorts. Clothes and accessories are strewn on the ground. One guest attempts to break up the fight but is repelled and ends up knocking down a parked stroller.

In another angle posted on TikTok by user @joy_mac (now also removed), we also see the brawl stop for a moment before another person throws a punch, and multiple fights break out after.

The incident took place between Fantasy Faire and Peter Pan’s Flight in Fantasyland at WDW. Orange County Sheriffs, the Reedy Creek Fire Department, and paramedics were all on scene shortly after according to reports. The cause behind the fight is unknown.

From guests waiting for “Fantasmic!” at Disneyland to the ferry boats at the Magic Kingdom, incidents of guest violence have exploded since the COVID-19 pandemic, with more than a half dozen reports in the past year alone.