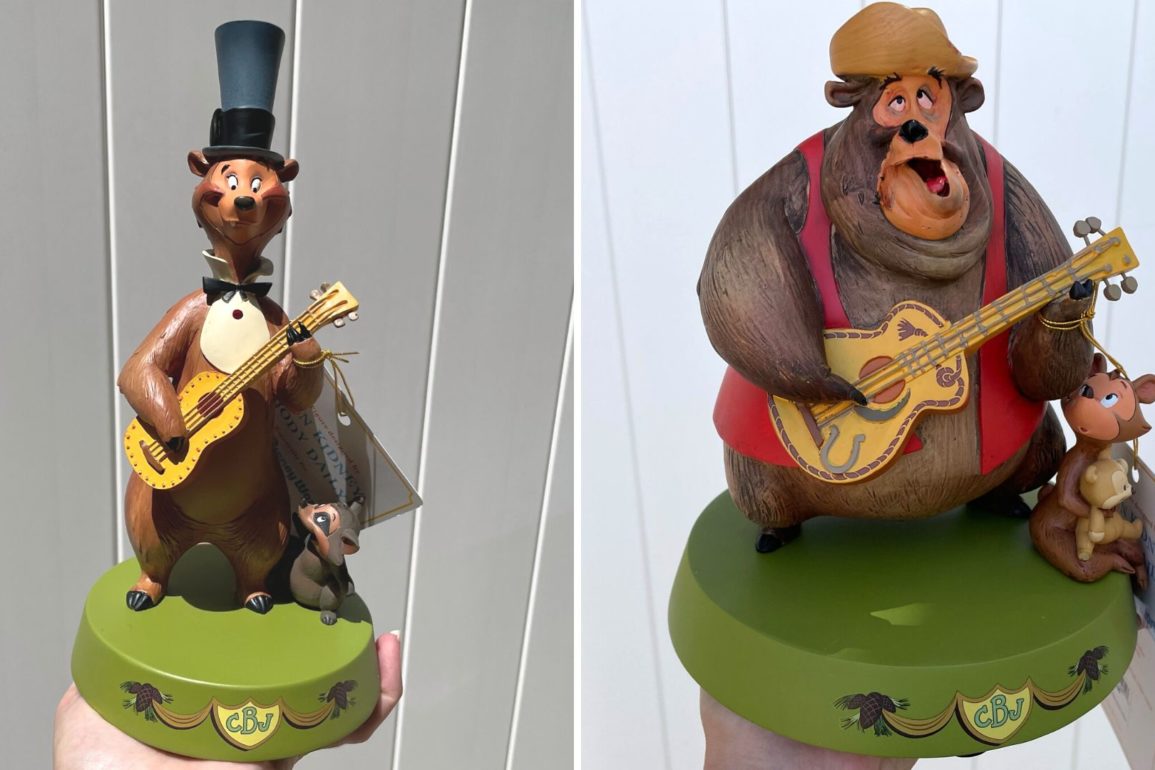 The Country Bear Jamboree Henry and Big Al figures by Kevin & Jody are now available at Walt Disney World for the resort’s 50th anniversary. They have been released and sold out multiple times this week at Marketplace Co-Op in Disney Springs.

Henry is the master of ceremonies at Country Bear Jamobree.

He is depicted wearing a black top hat and holding a guitar. Sammy the raccoon, who pops out of his hat during the show, stands at his feet.

They are on a green base.

He wears a hat and red vest.

The base has a “CBJ” emblem on the front, with ribbons connected to pinecones.

A small bear holding their own plush bear sits next to Big Al.

Are you hoping to collect these Country Bear Jamboree Henry and Big Al figures? Let us know in the comments!