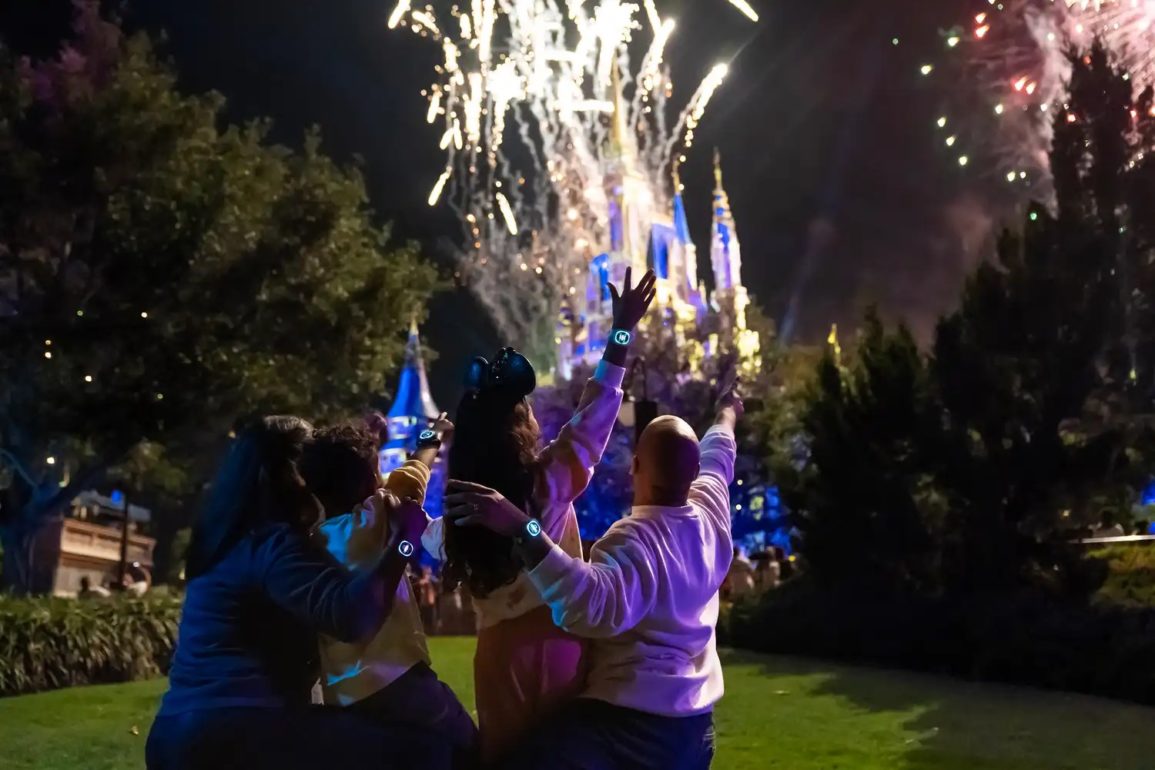 Walt Disney World has released new images of MagicBand+ in action and confirmed the bands will debut this summer.

In this image, guests use MagicBand+ to interact with a Disney Fab 50 statue as part of the “Disney Fab 50 Quest.” The guest is wearing a Stitch themed MagicBand+, and instead of a Mickey icon, the center is blue with “‘Ohana means family” written in white.

This image shows the bands glowing along with “Disney Enchantment” at Magic Kingdom. The bands will interact with and complement nighttime spectaculars.

This image shows guests playing the Batuu Bounty Hunters game in Star Wars: Galaxy’s Edge at Disney’s Hollywood Studios. Read more about the game, which will debut with the bands this year.

One of the MagicBand+ designs is white with minimalist images of the theme park icons. The center park reads “Walt Disney World” instead of featuring Mickey Mouse.

This EARidescent MagicBand+ features the Walt Disney World 50th anniversary colors. The silhouette of the Partners Statue is on the center puck.

We grabbed some MagicBand+ bands when they were accidentally released early. Read more about them here.