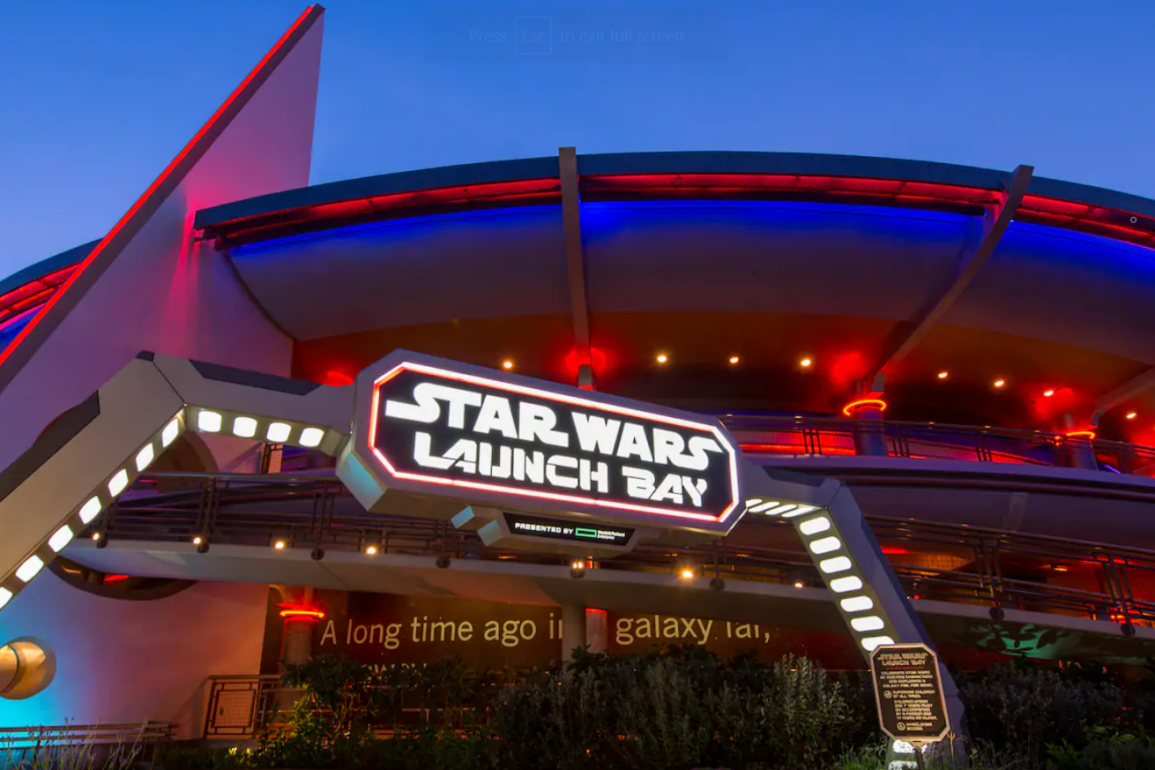 RUMOR: Star Wars Launch Bay/Carousel Theater to Be Demolished and Replaced by Seating Area in Tomorrowland at Disneyland

As we get closer to D23, we learn more about the major overhaul coming to Tomorrowland at Disneyland. The latest information reveals reports that Star Wars Launch Bay building is expected to be demolished and replaced by a seating area.

The building went up in 1967 for the relocation of the Carousel of Progress to Disneyland. It closed in 1973 when the attraction moved to Magic Kingdom. The theater wasn’t vacant for long, as Marc Davis developed America Sings as a replacement.

America Sings closed in 1988, and its animatronics were used for Splash Mountain. After that, the theater was abandoned for 10 years, other than the section through which the PeopleMover traversed (until it closed in 1995).

In 1998, a version of Innoventions from EPCOT featuring the Innoventions Dream Home took over the theater. It featured five different areas showing how future technology could transform modern lifestyles, including high-tech interactive displays. Innoventions closed in 2015.

It reopened as the Tomorrowland Expo Center later that year. The second floor held the Super Hero HQ with Marvel character meet and greets. The first floor became the Star Wars Launch Bay.

When Super Hero HQ closed in April 2016, Disney generally dropped the Expo Center name and went with the Star Wars Launch Bay branding. Disneyland closed for the COVID-19 pandemic in March 2020, and when the resort reopened in April 2021, Launch Bay did not reopen with it.

It has been used for special event check-in (like the Disneyland After Dark Star Wars Nite and Merriest Nites), but has not returned to regular daytime use.

Now they reportedly plan to bulldoze the theater and replace it with an outdoor seating area to help relieve the demands from those dining at both Galactic Grill and Alien Pizza Planet.

How do you feel about this development for Star Wars Launch Bay? Let us know in the comments.

Looking for more about the future of Tomorrowland at Disneyland? Check out the following articles: