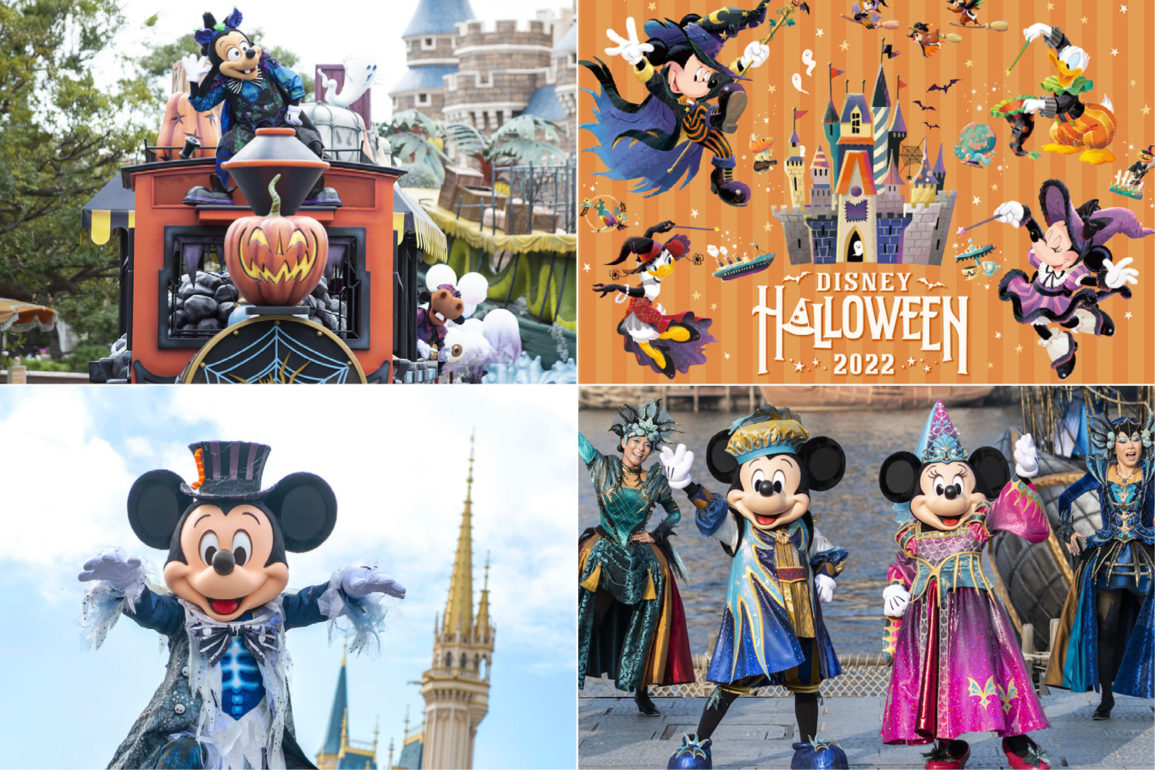 It’s almost time for spooky season at Tokyo Disney Resort, and the Oriental Land Company has revealed the happenings for this year’s still-watered-down Disney Halloween 2022, which takes place at both Tokyo Disneyland and Tokyo DisneySea from September 15 through October 31.

Following a three year absence, the Spooky “Boo!” Parade will return to the parade route around Tokyo Disneyland — with some changes. As the resort currently does not have parade dancers, only characters and their floats will be present, with walking units and all dancers excluded. Additionally, the show stop will not be performed. In this parade, the ghosts have invited guests and the Disney Friends to a spooky version of Tokyo Disneyland, and they want you along for the ride!

Additionally, a second program using the Spooky “Boo!” Parade floats will take place during another time of day, presumably the evening — “The Villains’ Rockin’ Halloween”, which sees the villains take over the floats and invite guests to their more sinister celebration.

The Haunted Mansion: Holiday Nightmare will finally return to Tokyo Disneyland, itself absent for three years, from September 14, 2022 through January 4, 2023.

Over at Tokyo DisneySea, “Festival of Mystique” will not be returning (as its barges were scrapped after only one year of performing). In lieu of harbor shows, which still have yet to return, Tokyo DisneySea will instead present the “Halloween Harbor Greeting,” which will feature the Disney friends in their “Festival of Mystique” costumes sailing around the harbor to greet guests and do a very short dance at the three main viewing areas. This is essentially the same format we’ve seen since July 2020 for these greetings, just with different costumes and soundtrack.

At the Hangar Stage, “Shining with You” is set to conclude its run with the 20th Anniversary’s end on September 3. In its place will be a show of a similar format, “Halloween Time with You,” which takes guests on a journey using projections on a screen with Mickey and Minnie to celebrate the various Halloween programs performed before the pandemic at both Tokyo Disneyland and Tokyo DisneySea.

And across both parks, the spooky fireworks overlay of “Night High Halloween” will return after a three year absence, although subject to cancellation due to winds in the south or other weather conditions.

While locked behind the disastrously terrible Halloween Morning upcharge event last year, guests of all ages will be free to come to Tokyo Disneyland and Tokyo DisneySea in full costume this year, from September 14 through October 31. These costumes are always our favorite part of the event, so we’re glad to see them available through the entire event this year!

Two special merchandise lines are on the way, one to celebrate the ghostly Mickeys with mostly-returning merchandise from the past two years, and one with the Disney friends in new witch and wizard-inspired costumes that will be shared in common across both parks.

Special food offerings and souvenir items will be available at both Tokyo Disneyland and Tokyo DisneySea.

Special snacks will also be on offer, along with five unique drinks available only at select outlets around the two parks. Try them all and pick your favorite flavor!

The Disney Hotel restaurants will also serve their own special courses and buffets for the occasion.

Decor and photo ops will finally return to the parks this Halloween, with plenty of chances for guests to take photos with a few ghosts and silly pumpkins around the parks!

As well, a special autumn-themed photo spot at Ikspiari will also be available.

Two special tickets for the Disney Resort Line monorail will be available, each themed to the two key merchandise lines on sale during the event.

Are you excited about this year’s Disney Halloween at Tokyo Disney Resort? Let us know why in the comments below!

Previous
REVIEW: The Alps Drops in Quality with Sickly Sweet Raclette Cheese Board at the 2022 EPCOT International Food & Wine Festival