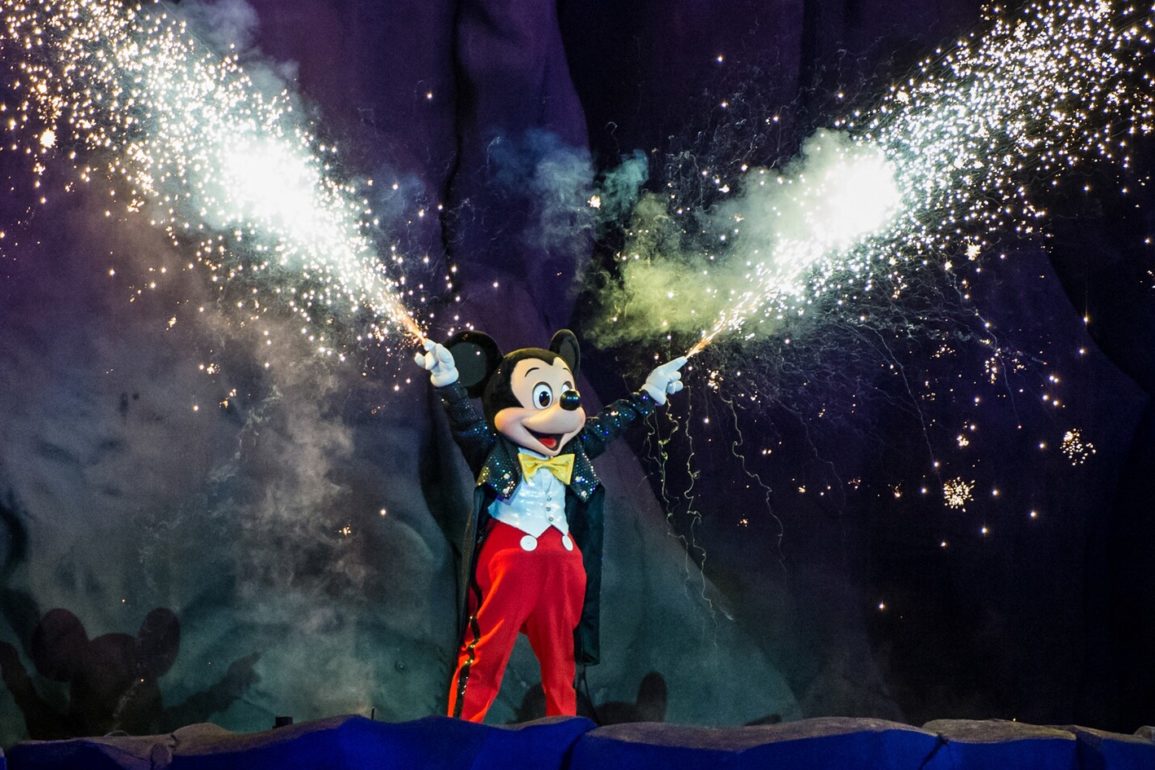 Earlier this year, Disney confirmed that Fantasmic! would be returning to Walt Disney World and Disneyland in 2022. It’s been back at Disneyland since May, but no further information has been announced for Disney’s Hollywood Studios.

However, testing for the nighttime spectacular has begun, and casting is underway. The show should be ready for guests soon, and so it seems likely that a reopening date will be announced at D23 Expo. Disney Parks, Experiences, and Products President Josh D’Amaro will be running a presentation on Sunday, September 11, as part of the Expo to address the future of the parks.

When the spectacular returns to Walt Disney World, it will have a new sequence replacing the “Pocahontas” scene. The concept art for the sequence indicated there would be references to “Frozen,” “Moana,” and “Aladdin.” Disney has confirmed it will feature Mulan, Elsa, Aladdin, Pocahontas, and Moana “in heroic moments” and new technical enhancements.

Are you excited for Fantasmic! to return to Disney’s Hollywood Studios? Stay tuned to WDWNT as we bring you live coverage from the 2022 D23 Expo in Anaheim, California.

Previous
50th Anniversary Pumpkin Wreaths Are Out on Main Street, U.S.A. for Halloween at Magic Kingdom

Next
Guest Climbs In Fountain, Poses as Decoration at Tokyo DisneySea