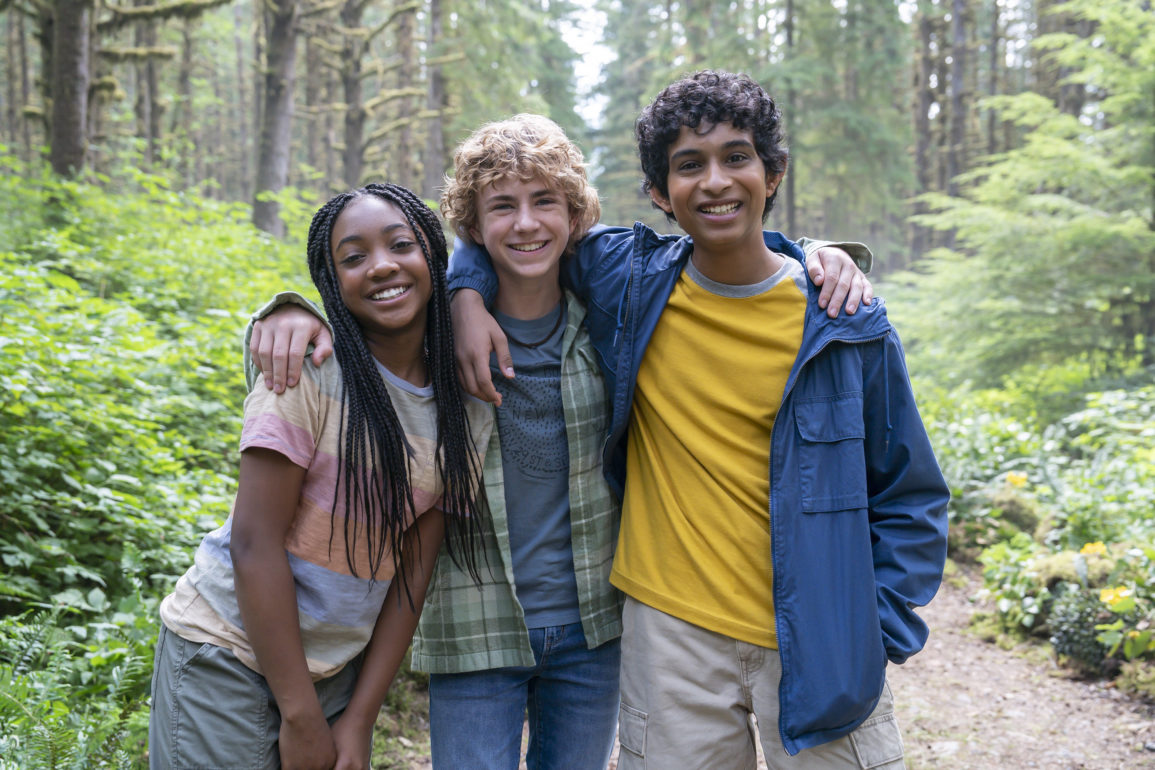 Disney+ has shared the first official image from the set of the “Percy Jackson and the Olympians” series in honor of Percy Jackson’s birthday today, August 18.

The image features Leah Sava Jeffries as Annabeth Chase, Walker Scobell as Percy Jackson, and Aryan Simhadri as Grover Underwood in the woods. The actors don’t look much different from their regular selves, although Jeffries no longer has her colored hair extensions, and we think we might be able to see a hint of some satyr horns in Simhadri’s hair.

Read more about the cast of “Percy Jackson and the Olympians,” which recently began filming. The first season will have eight episodes covering the first book in the series, “The Lightning Thief.” If successful, author Rick Riordan and Disney will hopefully make more seasons covering the rest of the series.

Porsche 911 'Sally Special' Inspired by 'Sally Carrera' from Cars To Be Sold at AuctionAugust 13, 2022
BTS Concert, Docuseries, and More Coming to Disney+July 13, 2022
Daniel Craig Was Originally Supposed to Appear in 'Doctor Strange in the Multiverse of Madness'May 14, 2022