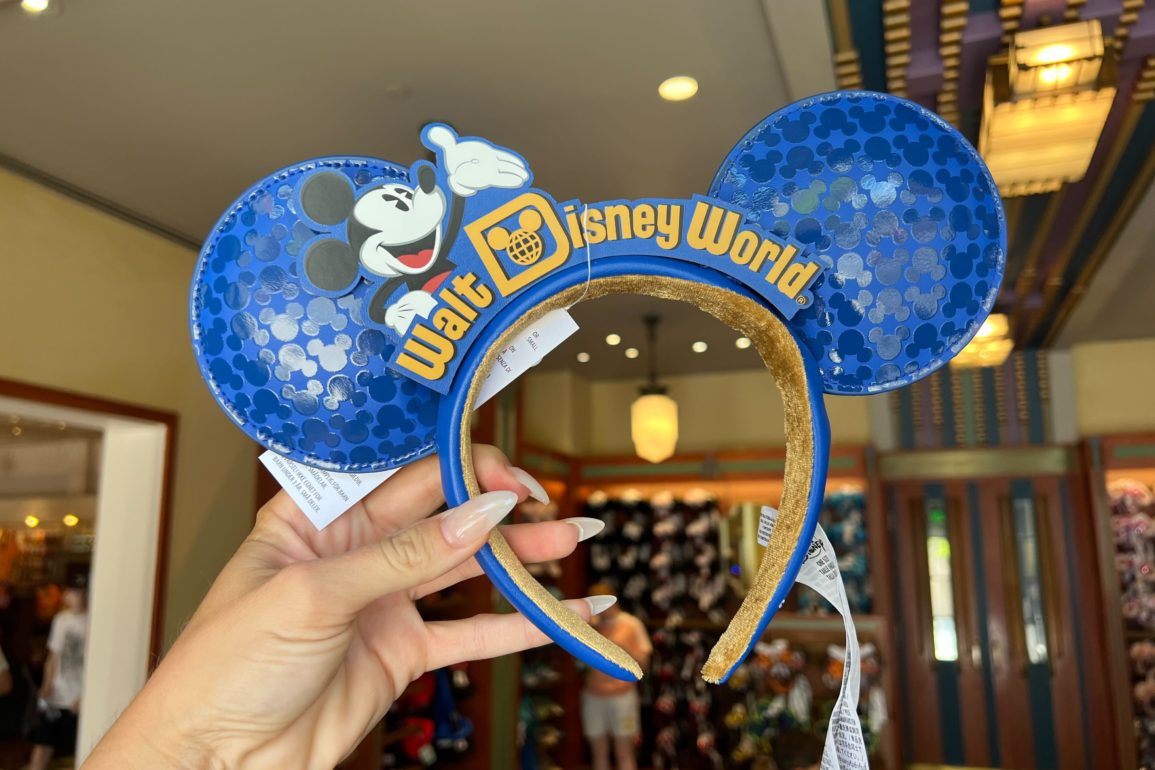 At least for the next few months, “The World’s Most Magical Celebration” is still underway to celebrate Walt Disney World’s 50th anniversary, and now guests can throw it back with a retro-inspired ear headband!

This ear headband shows off a classic royal blue and gold color scheme.

The ears are patterned with raised outlines of Mickey Mouse’s head in a slightly darker shade of blue.

The middle has the classic Walt Disney World wordmark, with Mickey rising over “Walt.”

The back shows that the centerpiece is likely made with a felt backing to keep it lightweight.

The Mickey head pattern continues on the back of the ears.

On the band, the phrase “Making Magic” is embroidered in a light blue script. We found this at Celebrity 5 & 10 in Disney’s Hollywood Studios.

Want more from the world of ear headband fashion? Check out the EARidescent Shimmer Loungefly Minnie ear headband that came out earlier this month!