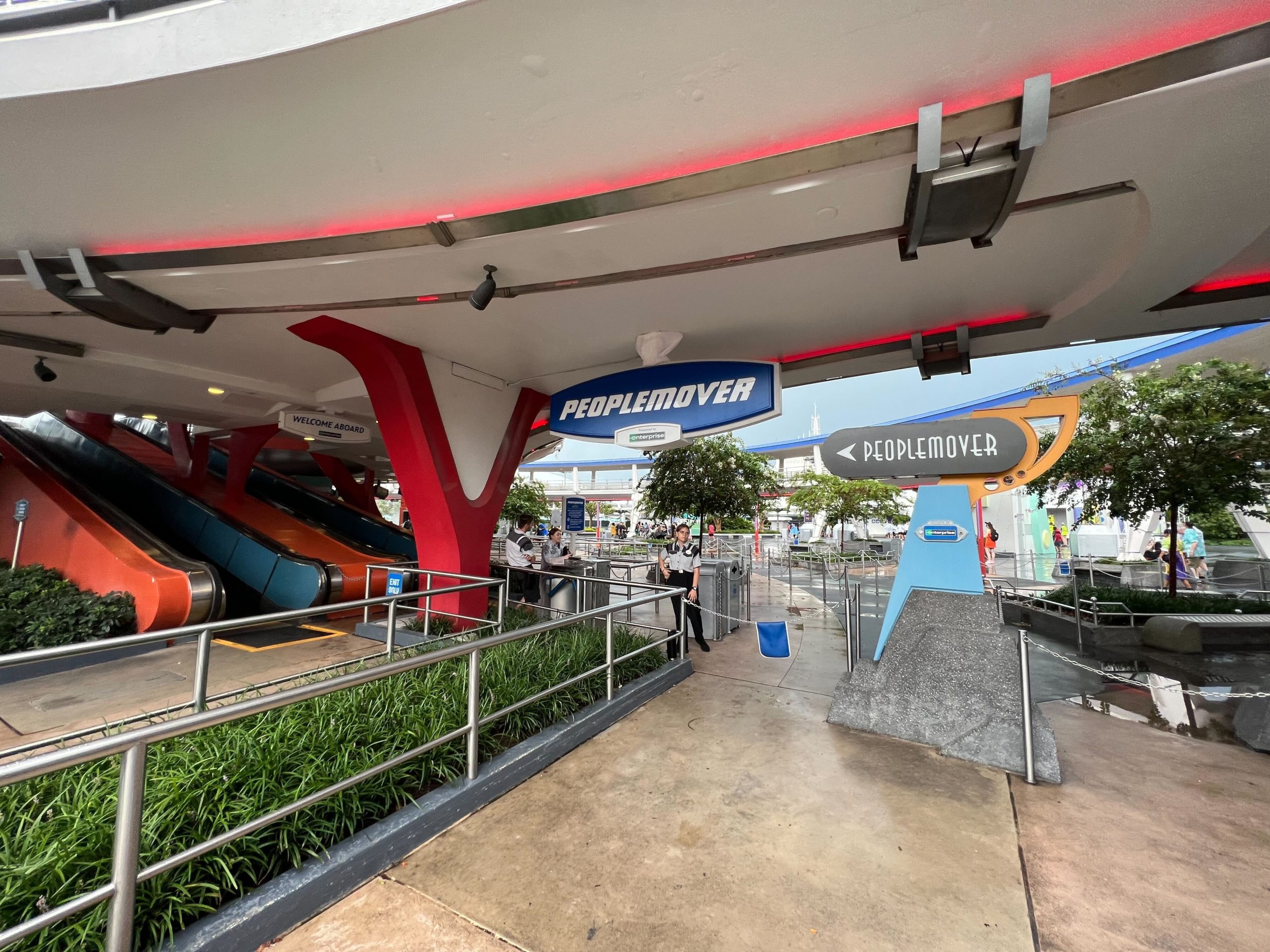 Tomorrowland is changing, with Light & Power Co. being remodeled and TRON Lightcycle / Run on the horizon. Late last year, sponsorship signs from Enterprise (who also sponsors TRON) were added, but now all new signage has been installed.

None of the new signs bear the “Tomorrowland Transit Authority” verbiage.

Where the retrofuturistic attraction logo used to hang, a new “Welcome Aboard” sign with the Enterprise logo has been hung.

You can compare this to the former PeopleMover signage as pictured here.

A sign out front gives a description of the ride and advisories for guests.

Thanks to WDWNT reader Ryan, we also got a look at the emblem on the back of the sign.

The back of the sign features the logo for WED Transportation Systems Inc., as seen below. The company was Disney’s exploration into selling PeopleMover systems as a transportation business.

The only PeopleMover system run outside Disney was designed for the George Bush Intercontinental Airport in Houston, Texas (pictured above). It is known as the Subway and still operates today, though the airport is seeking to replace it as replacement parts are no longer in production.

A new narration featuring the return of ORAC, “The Commuter Computer,” recently debuted at the PeopleMover. For more details and a full video, click here.