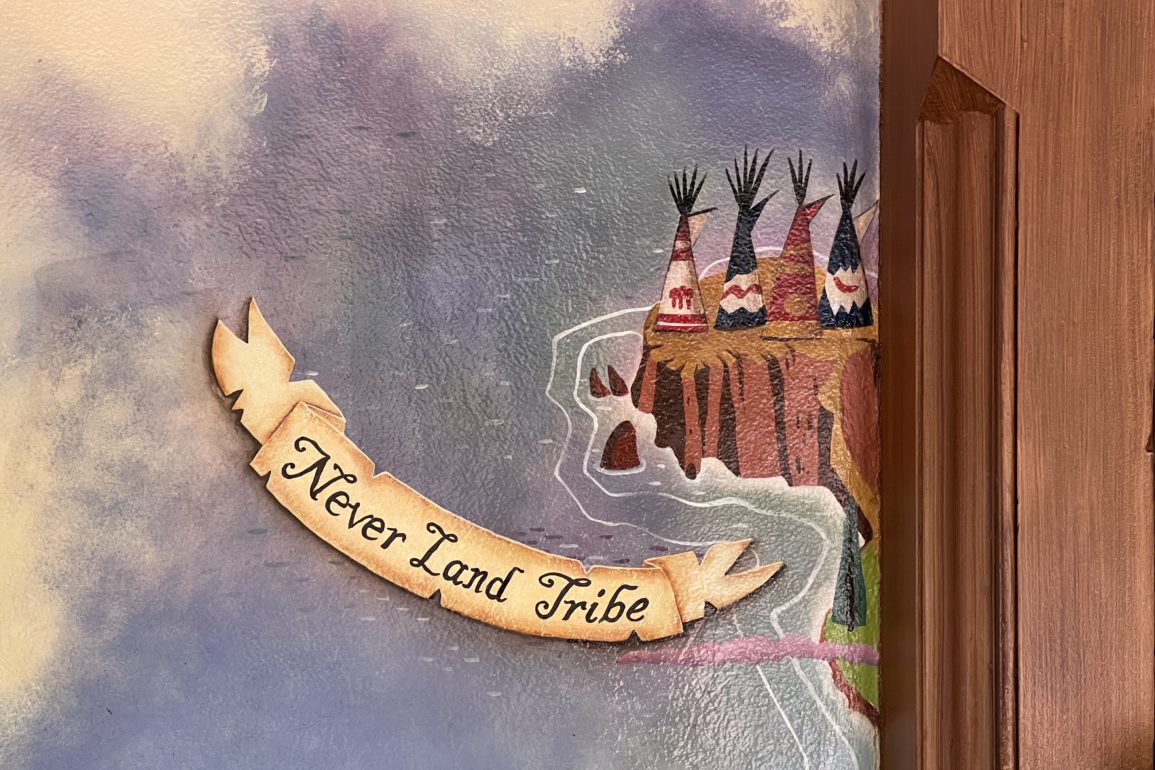 Royal greetings from Magic Kingdom! There’s a lot happening around the park today so let’s get started!

Woah, that’s bright! We love to look over at the entrance before heading down the steps from the Monorail Station to tap in.

Once inside, we made our way into the Emporium, where more new signage had been installed behind the registers throughout the store that read “Quality goods since 1863” and “All goods genuine.”

More ears! These green Grogu Loungefly ears have hit the shelves. We’re big fans of “The Mandalorian;” we even picked up the new Grogu shoulder plush that came out recently.

It’s Stitch summer! A clear plastic pitcher with a wrapped handle features a Stitch on each side and has joined the Stitch section near the front.

Some of the Disneyland Paris merchandise we recently discovered in EPCOT has made its way into Magic Kingdom. The backpack, ears, and Spirit Jersey were all available.

Pluto is the newest and cutest nuiMO on the shelf today. Did you see his sweet tail?

These adorable Minnie Mouse bow ties are tucked away near the hats. These would be perfect for pigtails!

While we waited for the park to open, we made our way around the hub and noticed the Liberty Square sign has been returned to its spot near the bridge. It was missing while new bricks were laid in the area.

We rope dropped the PeopleMover after the park opened to check in on TRON and Tomorrowland Light & Power Co.

Work is progressing on the far left side of the shop, which is also now closed for refurbishment.

The entrance canopy at TRON Lightcycle Run is also coming along as the site sees new updates daily. The walkway and train tunnel are seeing a lot of action, and vehicles are being run on the tracks quite often.

Green scrim at Storybook Circus train station near The Barnstormer hides potential construction on the tracks.

Eek! Can it be?! Signage for Mickey’s Not-So-Scary Halloween Party is up at the tent in Storybook Circus. It’s only a few days away!

Something is different here! The mural at Peter Pan’s Flight has seen some changes.

These sweet Jasmine and Merida “Be Brave Be Bold” magnets are available at Frontier Trading Post in Frontierland. Who is your favorite princess?

It was pretty hot today, so we took a break to cool down on Splash Mountain. Even if you get soaked, the Florida heat will have you dry in no time!

It’s time for more AC! We made our way to the resorts to see what was new there. The 2023 Walt Disney World 16-month calendar is out now at BVG at Disney’s Contemporary Resort.

Construction continues at the beach at Disney’s Polynesian Village Resort. Will this walkway ever be done?