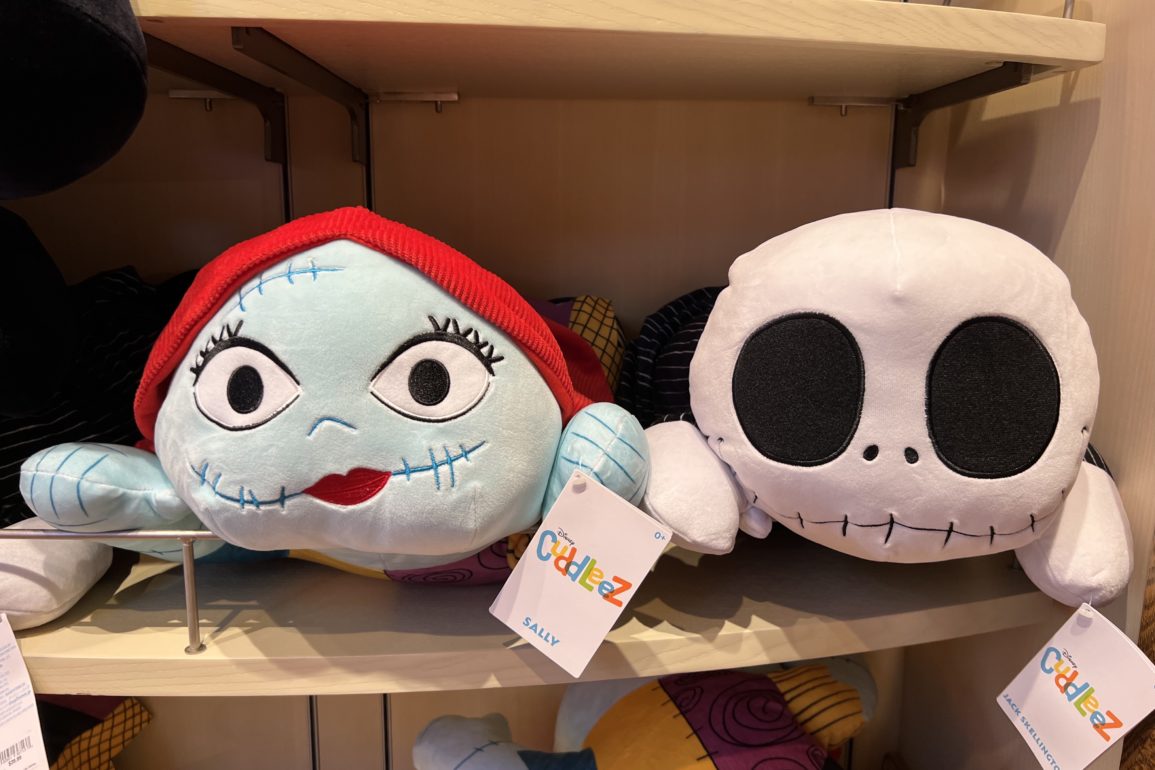 Greetings from Main Street, U.S.A. We are spending the day at Magic Kingdom and then hopping over to Disney Springs to see if we can find any new merchandise.

We were hoping to find some more Halloween decorations in Magic Kingdom today, but unfortunately, nothing new was added.

The only Halloween decorations at this point were the pumpkins on balconies and door frames. We will be sure to let you know as soon as more decorations are added. Considering the first Mickey’s Not So Scary Halloween Party is on August 12, the decorations will be up very soon!

‘101 Dalmatians’ puppies have been added to the Main Street Firehouse.

Lucky is staring up at the dog treats in the bucket above him.

Patch can be seen taking a nap on top of a firehose.

In the Emporium, the MagicBand+ are now locked up, and they will need to be unlocked by a cast member to be purchased.

A new Pirates of the Caribbean magnet has sailed into the Emporium.

You can celebrate Hercules 25th anniversary with this new pin just released in the parks. This pin features the Muses, Pegasus, Hades, Pain & Panic.

We found a spooky new Haunted Mansion watch in Uptown Jewelers. His watch features the three hitchhiking ghosts inside a doom buggy.

As we walked into Tomorrowland, we noticed the pride flag Mickey mural had been taken down. Remnants remain where the mural was once on the wall.

A visit to Magic Kingdom wouldn’t be complete without a ride on the Tomorrowland Transit Authority PeopleMover.

As we rode by the construction in Tomorrowland, we noticed the gears missing from Tomorrowland Light & Power Co.

A Jim Shore Madame Leota figure can now be found in Memento Mori with other new Haunted Mansion items.

And finally, these Haunted Mansion earrings were also available in Memento Mori. These would be the perfect way to show off your love for this beloved attraction.

We decided to hop over to Disney Springs and see what other merchandise we could find today.

We found a pair of Jack Skellington and Sally socks. These socks go together because they are simply meant to be.

And finally, two new Cuddleez were available in the World of Disney, featuring Jack Skellington and Sally. f you are a fan of “The Nightmare Before Christmas,” be sure to grab these two cuties if you see them because they were flying off the shelves.

A new “Hocus Pocus” Alex and Ani bracelet is available just in time to celebrate the new ‘Hocus Pocus 2’ movie coming out on September 30.

Thanks for following along with our day.

Next
New Haunted Mansion Plates and Decanter at Disneyland Resort