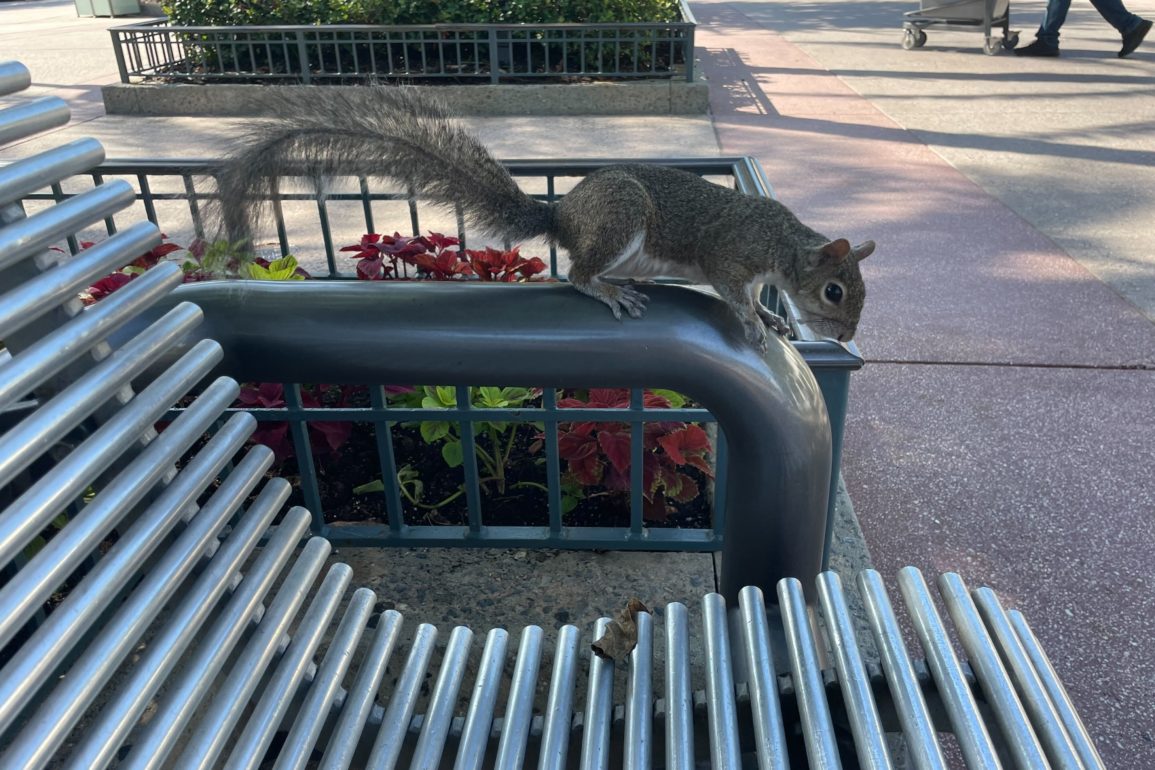 At Walt Disney World, adorable animals are typically celebrated, whether they’re mice, ducks, or chipmunks. But lately, a squirrel menace has invaded the resort.

On Sunday, WDWNT reporters captured this footage of a rather aggressive squirrel trying to sample a guest’s turkey leg at The American Adventure in EPCOT. While their attempt proved unsuccessful, they managed to cause an additional bit of chaos by knocking over a full soda cup.

Since then, readers have reached out to us with their own stories of unfortunate and terrifying squirrel encounters.

One responder had their own unique way of handling the situation:

Of course, this isn’t the first time WDWNT has come face-to-face with these would-be thieves. On Thursday, as our reporter sat down to try the new Peanut Butter Cold Brew Cookie and French Toast Nitro Cold Brew from Gideon’s Bakehouse at Disney Springs, they bravely stared down a squirrel who wanted to do a review of their own. Will their entitled behavior never cease?

Luckily, they were able to remove the tempting items before the squirrel attacked. Still, if you encounter one of these threatening creatures, be prepared to make a quick exit, and most importantly, don’t feed them.

Have you ever had to deal with a squirrel attack at a Disney park? Share your story in the comments!