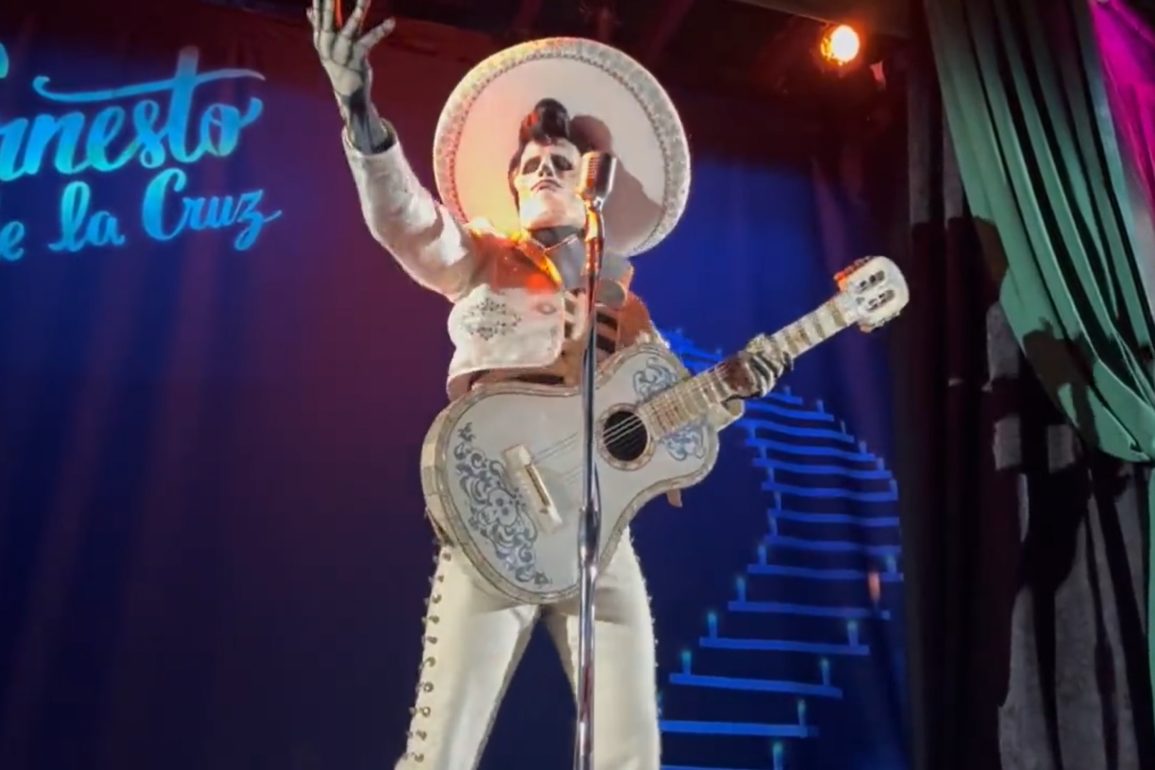 With Oogie Boogie Bash nearly here, we’re getting our first looks from Cast Member previews at some of the eerie and evil characters that guests will be able to encounter at Disney California Adventure.

The Entertainment Connection on Twitter shared videos of the meet-and-greet for Bruno, the mysterious Madrigal with the ability to see into the future from “Encanto.” The character appears in front of a portal that changes color.

They also found one of the coolest character encounters on the treat trail, starring “Coco’s” Ernesto de la Cruz. Ernesto, appearing in his skeletal form, performs a soulful rendition of his hit song, “Remember Me.”

After seeing her throne rise up, we now have a look at Madam Mim, the villain of “The Sword in the Stone” who talks gleefully with guests. She certainly seems happier than Merlin’s owl, Archimedes, who’s locked up in a cage.

Finally, Mother Gothel from “Tangled” sits atop a throne of her own behind Grizzly River Run in Grizzly Peak. She seemed a bit confused as to why a loving mother would be summoned among the ranks of Disney Villains. (I guess you’d have to ask Rapunzel about that.)

The sold-out Oogie Boogie Bash officially kicks off tomorrow night at Disney California Adventure, featuring plenty of treats and characters decked out for Halloween, including Minnie Mouse, Daisy Duck, and Clarabelle Cow dressed up as the Sanderson sisters from “Hocus Pocus.”