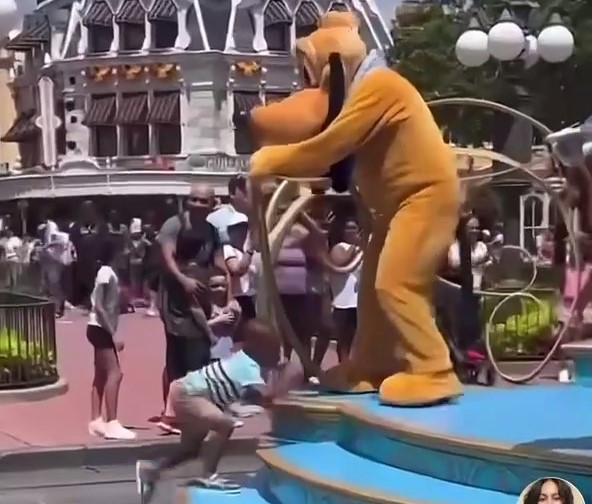 Video captured a child running onto a moving float from Mickey’s Celebration Cavalcade in the Magic Kingdom.

The video, which was posted to the Walt Disney World Reddit channel, shows the child running up the steps to see Pluto. A parade performer quickly scooped up the child and deposited them onto the sidewalk in the Town Square section of Main Street, U.S.A. As of the writing of this article, it’s unclear as to whether any further action was taken, though the matter seems to have been handled with little incident.

Mickey’s Celebration Cavalcade was introduced last year to celebrate Walt Disney World’s 50th anniversary. Mickey and Minnie Mouse, Donald and Daisy Duck, Goofy, Pluto, and Chip and Dale appear on the cavalcade float, all wearing their EARidescent outfits. You can watch the full cavalcade in our video below.

Next
REVIEW: Minnie Ghost Piñata at The Ganachery in Disney Springs