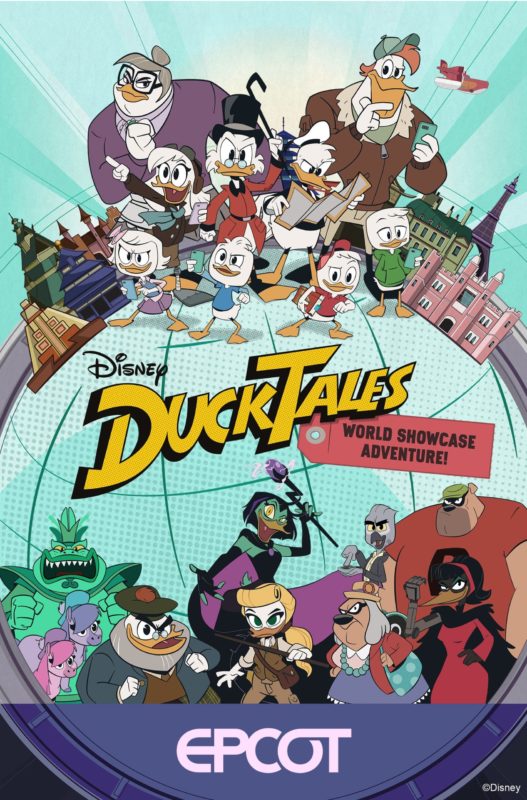 From Kim Possible to Agent P’s and now DuckTales, the World Showcase Adventure lives on. Despite Disney’s silence on the latest version of the interactive attraction over the past two-three years, they have finally confirmed our rumor that the attraction is still coming, and it’s coming very soon!

It’s true that here at EPCOT, we believe teamwork and world exploration makes our world a better place – so I’m delighted to share that Disney’s DuckTales World Showcase Adventure is coming to EPCOT later this year. This experience will be the perfect way for the young and young-at-heart to play their way around World Showcase – because life is better when we explore the world around us together! I’m excited to share it with you soon.

The DuckTales version was announced in 2019 and Agent P’s was dismantled in February 2020. After the DuckTales reboot was canceled in 2020, Disney confirmed the attraction was moving forward as planned. However, Disney has not spoken about its fate since December 2020.

The interactive scavenger hunt will invite guests to use the Play Disney Parks app to help Scrooge and his family discover exotic destinations, exciting mysteries, and maybe even a few thieves, villains and supernatural guardians of ancient artifacts.

Are you looking forward to the new World Showcase Adventure? Let us know in the comments.

Most ‘Candlelight Processional’ Narrators Announced for 2022 at EPCOT