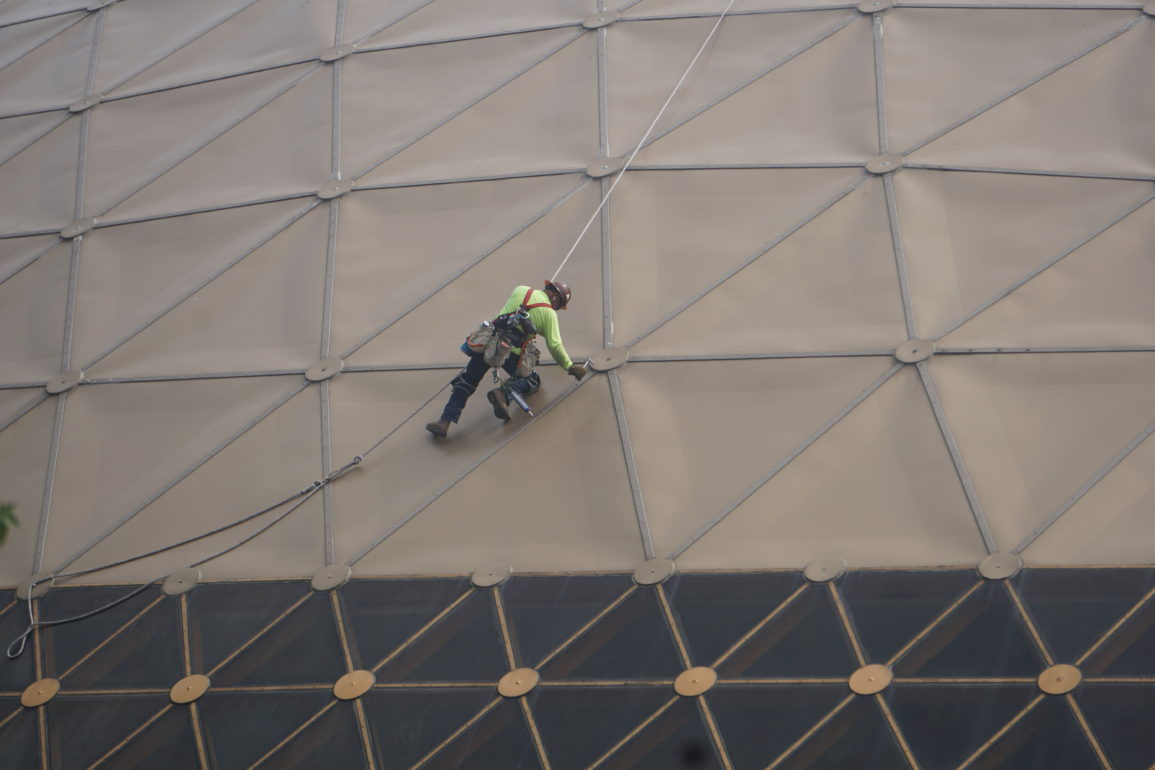 Crews Working on Play! Pavilion Roof in EPCOT for the First Time in Nearly Two Years

Walt Disney World announced back in February 2019 that a new Play! Pavilion would replace the Wonders of Life Pavilion at EPCOT. More details were released later that year and construction began on the old pavilion’s roof in early 2020. The roof tiles were completely replaced by early 2021, and no work has been seen at the Play! Pavilion since, with rumors that plans have been significantly scaled back or canceled. It wasn’t mentioned at D23 Expo this month.

Now for the first time in almost two years, we saw crew members working on the Play! Pavilion.

Two crew members on safety cables were working on tiles near the Play! Pavilion’s entrance.

Another crew member was further up, near the top of the domed building.

The crew members near the entrance were using socket wrenches to tighten nuts and bolts.

We wonder if the pavilion has sprung a few leaks while it has gone untouched.

While this work seems to reinvigorate hope that the Play! Pavilion will still come to fruition, it could still be canceled and crews are just fixing up the building so it can be turned into storage.

That said, a general contractor permit was filed for the pavilion earlier this year and there could be work going on inside out of view.

New Fourth of July Lighting Debuting on Spaceship Earth TonightJuly 1, 2022
Man Gets Cut Off at 'Beauty and the Beast' Bar in Disney's Grand Floridian, Screams "You Aren't My M...June 18, 2022
First Rock Work Takes Shape at Journey of Water Inspired by 'Moana' in EPCOTApril 25, 2022