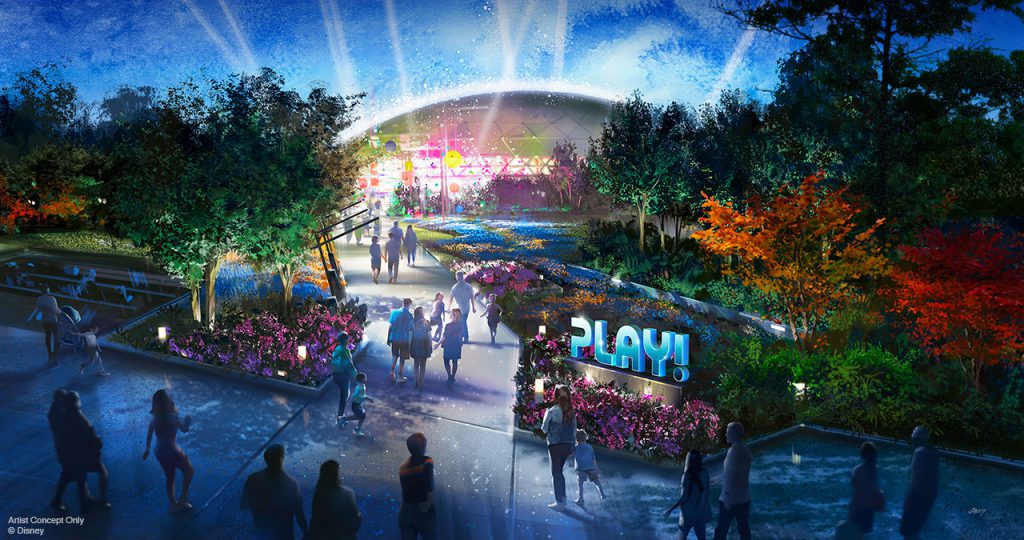 RUMOR: EPCOT’s Play Pavilion Will Not Be Mentioned at D23 Expo, Attraction Either Cancelled or Scaled Back

The reimagining of EPCOT was highly anticipated for many years, so when it was mostly unveiled at the 2019 D23 Expo (and honestly in small chunks in the years leading up to that on this very website), many were excited to finally see the park get the much needed love it deserved. Flash forward to 2022 and a good portion of the project remains in limbo or has been cancelled, including a second phase of announcements which were anticipated to be made public at some point around right now, at least when the plan was formulated many years ago. While the originally envisioned festival pavilion was canned and Disney remains quiet on the Mary Poppins attraction for World Showcase, they have also been publicly ignoring the existence of the Play pavilion, an announced replacement for the former Wonders of Life in World Discovery (formerly Future World East). According to sources inside the company, that silence will remain through the D23 Expo 2022.

Sources also stated that “the pavilion has either been cancelled or severely scaled down.” The team that was working on it was reportedly moved to other projects and Disney executives then proceeded to remove it from any planned presentations at this weekend’s fan conference.

Honestly, the news comes as no surprise to additional sources in the company who stated that programmers and other Imagineers who were working on the Play pavilion were let go during the initial round of layoffs at the height of the pandemic.

Of course, if you walk by the pavilion on your way to Guardians of the Galaxy: Cosmic Rewind, you’ll notice construction fences are still standing and that they went out of their way to also build a planter over what would have been then entrance to the later addition. This isn’t something you typically do if you plan to build a pathway in a space just months later.

Of course, as this is a rumor, it is possible that things can change and as we know from past experience, Disney will respond to “public shaming” from time to time, so the Play pavilion magically showing up on a screen at the D23 Expo 2022 is “Improbable? Yes. Impossible? No.”

What’s your take on the omission of the Play Pavilion? Was it one of the projects you were looking forward to the most, or are you glad they’re focusing on other upcoming EPCOT attractions? Let us know in the comments below.