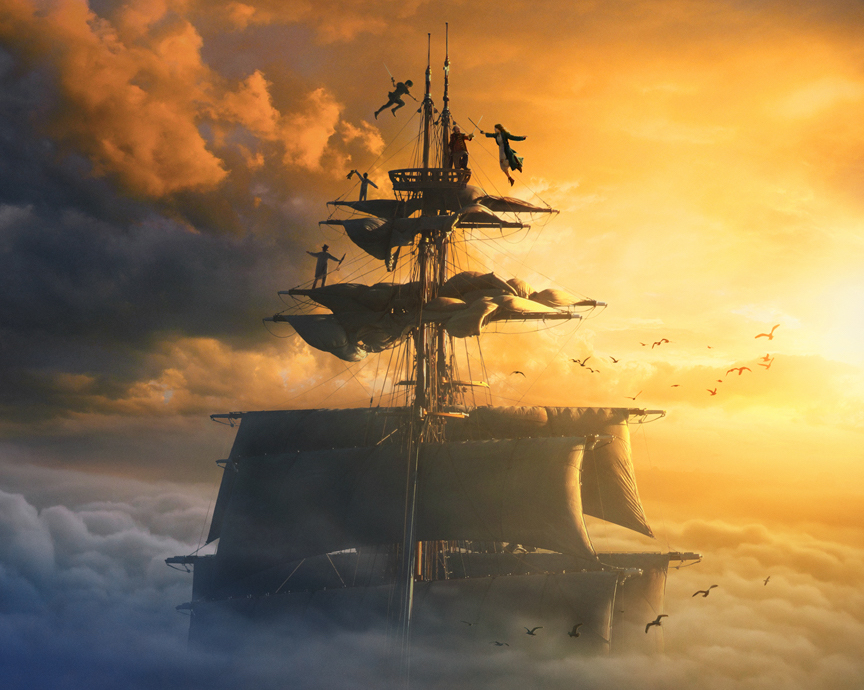 Poster Revealed for ‘Peter Pan and Wendy’ Releasing in 2023

While the live-action “Peter Pan” remake has seen some delays, we finally have a poster for the project, and a new general release window.

The poster features the top half of the Jolly Roger with Peter Pan fighting Captain Hook above. A trailer was also shown, but not made public yet.

Based on J. M. Barrie’s novel “Peter and Wendy” and inspired by the 1953 animated classic, “Peter Pan & Wendy” is the timeless tale of a young girl who, defying her parents’ wishes to attend boarding school, travels with her two younger brothers to the magical Neverland. There, she meets a boy who refuses to grow up, a tiny fairy and an evil pirate captain, and they soon find themselves on a thrilling and dangerous adventure far, far away from their family and the comforts of home.

The cast includes newcomers like Alexander Molony as Peter Pan and Ever Anderson as Wendy, as well as seasoned actors Jude Law as Captain Hook, Jim Gaffigan as Mr. Smee, Yara Shahidi as Tinker Bell and Alyssa Wapanatahk as Tiger Lily.

Per Variety, the cast also came out to speak about the new film.

“It’s been really amazing to be able to play Wendy,” Anderson said. “Wendy and Peter are equals in this film.” “We got to mine their backstory a little more and try to know their past, when they were friends,” Law added. “It was nice to layer in that understanding of why Hook is so iconic.”

“Peter Pan and Wendy” releases in 2023 exclusively on Disney+.