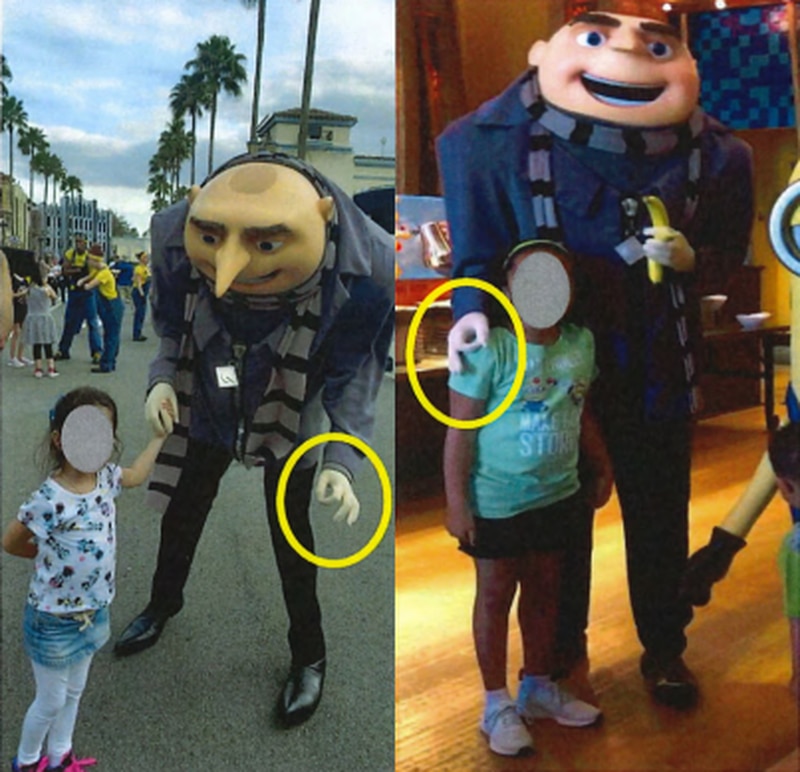 According to the Orlando Sentinel, Universal Orlando Resort has settled a lawsuit with two families alleging that a Team Member dressed as Gru from “Despicable Me” used a hate symbol hand gesture in photos taken with Black and Latino children.

Tiffiney and Richard Zinger, along with Geisy Moreno and Joel Rodriguez, said their children separately faced racial discrimination from Team Members acting as Gru at Universal Orlando Resort theme parks and hotels. In two separate photos with their respective children, the Team Member playing Gru can be seen making the “OK” hand gesture, which has been appropriated as a symbol for white supremacy in some circles.

The families sued Universal in Orange County last June for more than $100,000 in total damages, later moving the lawsuit to U.S. District Court and increasing their claims to over $75,000 for each plaintiff. Both families are claiming emotional distress damages, and that the performer touched their children without consent.

Per the norm in such cases, terms of the settlement were not disclosed. A spokesman for Universal Orlando told USA Today in 2019 that the Team Member in the Zingers’ photo had been fired from the resort, and they are “taking steps to ensure this does not happen again”

The incident with the Zingers occurred around a week after a racially motivated massacre in New Zealand during which the perpetrator flashed the OK hand symbol to cameras. The Anti-Defamation League claims it first appeared on forums like 4chan in 2017 as a symbol of white supremacy.