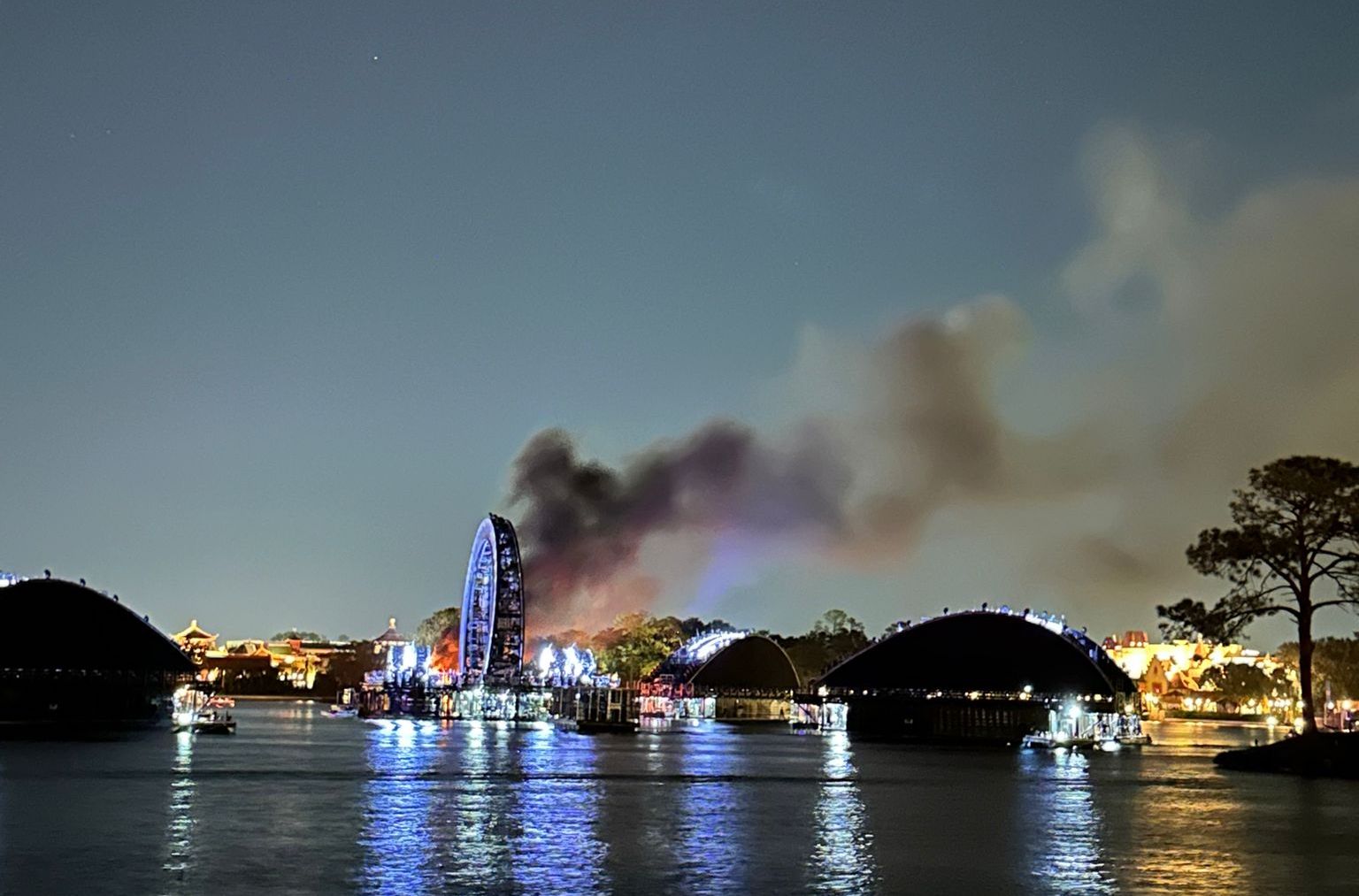 Following this evening’s performance of “Harmonious” at EPCOT, one of the barges has caught fire on World Showcase Lagoon.

Twitter user @tim_beekman reported that the barge caught fire following this evening’s performance of “Harmonious” at EPCOT. The barge on fire appears to be one of the fireworks barges docked near the taco-shaped multimedia barges.

A video by Beekman shows plumes of thick black smoke rising from the barge, with no response boats appearing to be around as of yet.

Rudy Quesada on Facebook also shared a video of the fire, with a more head-on angle.

Response teams finally arrived sometime around 9:55p.m. to attempt to extinguish the fire. It burned brightly, but was difficult to see from many angles around the lagoon. One guest who watched the show from beginning to end didn’t even notice until after the show, when it grew to a noticeable size.

The fire was eventually extinguished.

This certainly isn’t an isolated incident. Last month following a performance of “Harmonious”, part of the America Gardens Theater in The American Adventure caught fire. Scorch marks were briefly visible, but quickly cleaned up by the next day. The theater was able to operate normally for scheduled Eat to the Beat concert performances during the 2022 EPCOT International Food & Wine Festival.

Back in April as well, part of the area around the lagoon’s edge caught fire, near the guest area. Crews were quick to extinguish, and there was only minor damage and no injuries.

When working with pyrotechnics, such incidents are not uncommon. There’s plenty of incidents where stray sparks, ashes, or embers caused an ignition at the Magic Kingdom and EPCOT, as well as at Disney parks around the world.

“Harmonious” itself is set to be replaced next year as part of the 100 Years of Wonder celebration, making this a somewhat ironic sendoff for the show. Rumors are also swirling that the new show could remove the four taco-shaped barges and large ring barge at the center of World Showcase Lagoon in favor of using drone technology and low-level pyrotechnics for the new show. Details remain slim, but we’ll surely hear more soon.