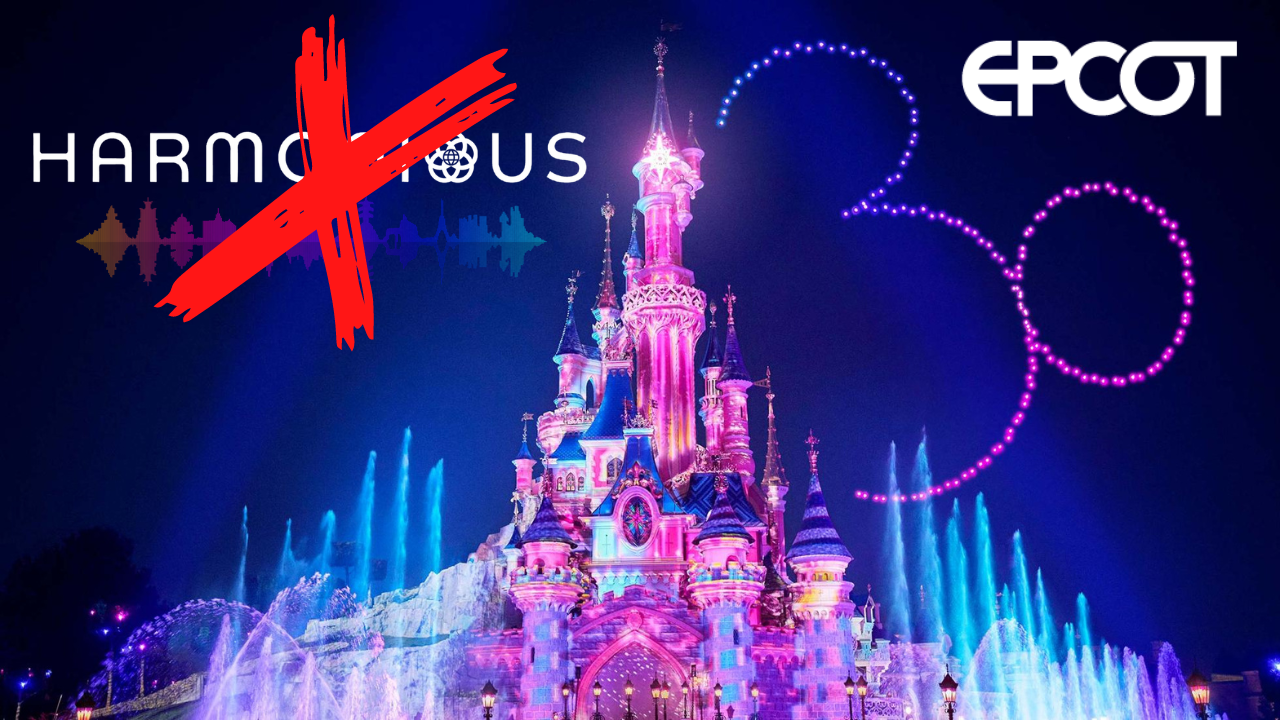 At the D23 Expo, Parks Chairman Josh D’Amaro made the surprise announcement that Harmonious, the nighttime spectacular that debuted at EPCOT for the start of the 50th anniversary celebration of Walt Disney World (but was supposed to debut in 2020 and be a long-standing offering), will be replaced next year by a new show.

“The World’s Most Magical Celebration” will end on March 31, 2023, but an official end date for Harmonious has not been announced. No details have been released for the new show, but it is not expected to debut immediately after the last performance of Harmonious. Instead, EPCOT Forever is due to return (again) for the intermediary period. Disney had previously claimed that the show was permanently retired, but Harmonious failed to connect with guests on the level of IllumiNations: Reflections of Earth and its infrastructure also ruined views across the picturesque World Showcase Lagoon.

With the incredible success of Disney D-Light at Disneyland Paris for their 30th anniversary, rumor has it that Disney will bring drones stateside with EPCOT’s new nighttime show debuting towards the end of 2023. If you haven’t seen the stunning Paris drone offering, you can watch it here:

The use of drones would mark the second such occasion in Walt Disney World history, with the first being the short-lived Starbright Holidays show at Disney Springs which ran only for the 2016-17 holiday season.

Disneyland Paris has also run a stunning Avengers Campus drone show on a few special occasions that was said to have wowed Disney Parks upper management, leading them to pursue more widespread use of the technology.

In addition to this, it is also rumored that the giant Harmonious barges will be removed from World Showcase Lagoon and destroyed. Unaffectionately known by guests as “the Stargate and the taco barges”, the mess of oversized barges in the center of the body of water has been a point of ridicule for the show from the moment they were floated out. On top of that, the promised daytime fountains that would obscure the view of the behemoths never quite worked correctly.

Disney has yet to confirm any of the above information, so it should be taken as speculation until that time.

So, are you hopeful for the removal of the Harmonious barges and the addition fo drones to EPCOT’s nighttime spectacular lineup?