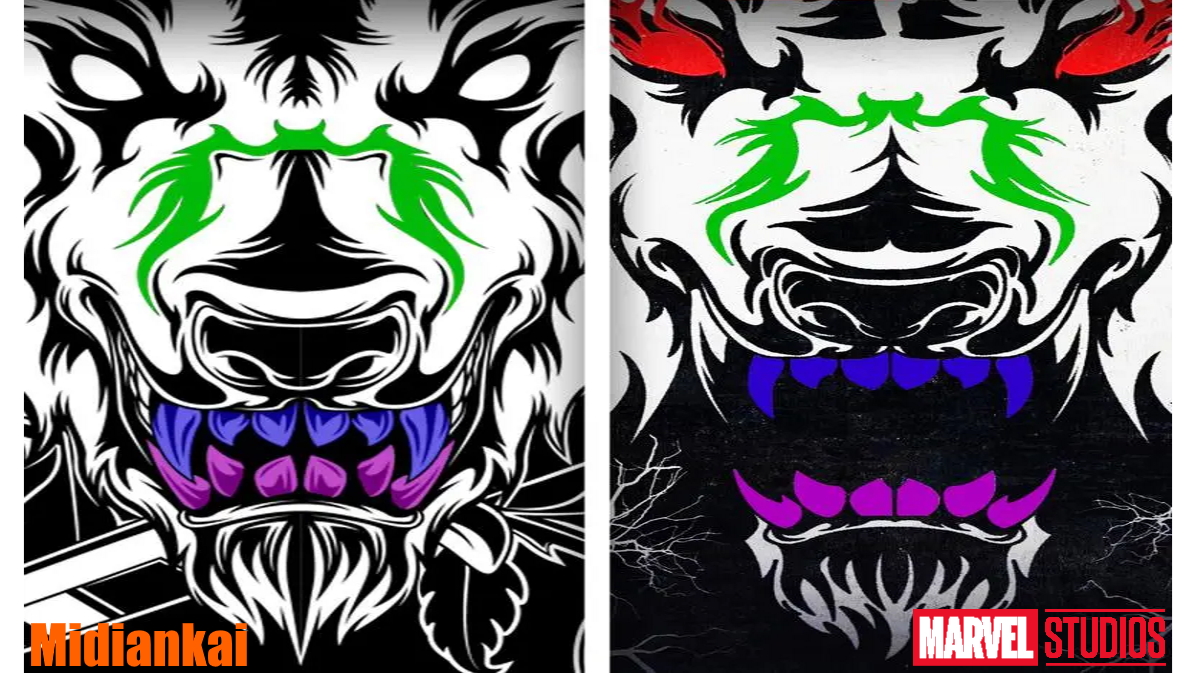 With the recent release of the “Werewolf By Night” poster, graphic designer Midiankai noticed uncanny similarities to their previous work with rock band Born From Pain. While plagiarism is a very subjective thing, many of the details seem to closely match the artist’s “Lone Wolf” design.

While there are differences between Midiankai’s design (left) and the “Werewolf By Night” poster (right), such as the red eyes and level of fine detail, other features, such as the shape of the teeth, nose, and tufts of hair around the face are incredibly similar. As first reported by The Direct, the artist stated the modifications were likely made by tracing the design in a vector graphics program. He says his design was created in 2016 and used as a shirt print for the band.

It is easier to see the similarities when colored in, as can be seen with the teeth, colored purple and blue, and the central design of the snout, colored green. The bottom outer teeth have an indent on the inner edge where the top teeth would rest with the jaw closed. It is easy to see that the resulting design features a similar shape in both teeth and snout; whether this is an unfortunate case of taking inspiration from another design or plagiarism is yet to be seen.

Midiankai stated that as the design has already been released [by Disney and Marvel] that the best option to correct this situation would be through credit and royalties. He also stated that while he expected to have his work plagiarized by smaller designers, a large company such as Marvel plagiarizing his work was surprising.

Disney was accused of plagiarism on poster art back in 2018 for the Star Wars movie ‘Solo’, but cited the use of an outside vendor and said they were “looking into it,” according to The Hollywood Reporter.

Do you think this design was plagiarized, or are the similarities merely coincidence? What do you think the appropriate solution is? Let us know in the comments below.