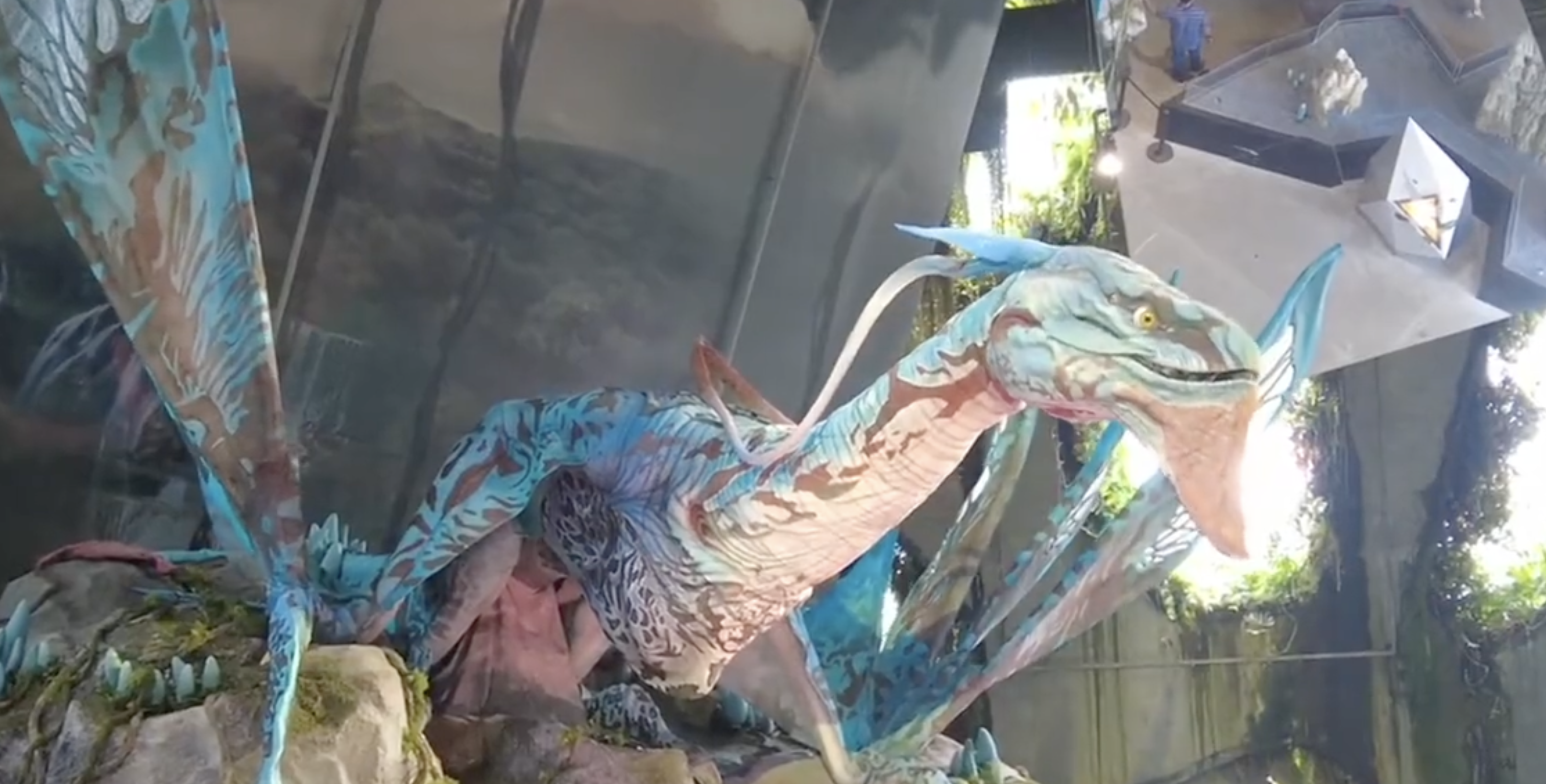 Video of an impressive new Banshee animatronic has surfaced, sadly not from Pandora: The World of Avatar at Disney’s Animal Kingdom in the Walt Disney World Resort, but from the newly opened Avatar Experience at Gardens By The Bay in Singapore.

Avatar: The Experience opened on October 28, 2022, at Cloud Forest in Gardens by the Bay. This immersive experience brings two worlds together and opens your eyes to the magnificent story of AVATAR, the highest-grossing film of all time.

Cityneon Holdings, Disney Location-Based Experiences and James Cameron and Jon Landaus’s Lightstorm Entertainment have produced a brand-new immersive walk-through event inside Cloud Forest. Avatar: The Experience invites guests to connect with the alien world of Pandora, its bioluminescent environments, mystical creatures, flora, and the captivating culture of its indigenous people, the Na’vi. Come experience and celebrate this epic story in this one-of-a-kind setting.

Visitors to Cloud Forest at Gardens by the Bay are in for something amazing this fall! Be among the first people on the planet to see, explore and connect with this spectacular story told like never before. Encounter a full-scale parent Banshee in motion. Interact up close with the first realization of a baby Banshee and a Viperwolf pup. Even new creatures from the upcoming film, Avatar: The Way of Water will be included in this immersive walkthrough experience, exclusively premiering in Singapore.

You can check out just how life-like this “Ikran” animatronic is in this video shared today on twitter:

Riding a banshee, or Ikran, is the central premise of the popular Walt Disney World attraction Avatar Flight of Passage. Pandora — The World of Avatar in Disney’s Animal Kingdom would be the perfect spot for this sort of offering, as evidenced by the comments on social media regarding the video above. Honestly, the lack of “living” Pandoran wildlife out in the land and along the Navi River Journey boat ride is probably the only weak point in the entire highly praised theme park land.

Of course, the long-anticipated “Avatar: The Way of Water” film will hit theaters this December. If the film is near as successful as the first, it’s probably only a matter of time until more Avatar attractions appear at Disney’s Animal Kingdom or at other Disney theme parks around the world. In fact, it is rumored that Disneyland Paris may look to replace the originally planned Star Wars themed land for Walt Disney Studios Park with either an Avatar or The Lion King land. A new Avatar exhibit recently opened at Shanghai Disneyland, but it isn’t quite the same thing as a full-blown land with rides, restaurants, shops, and more as offered at Walt Disney World.