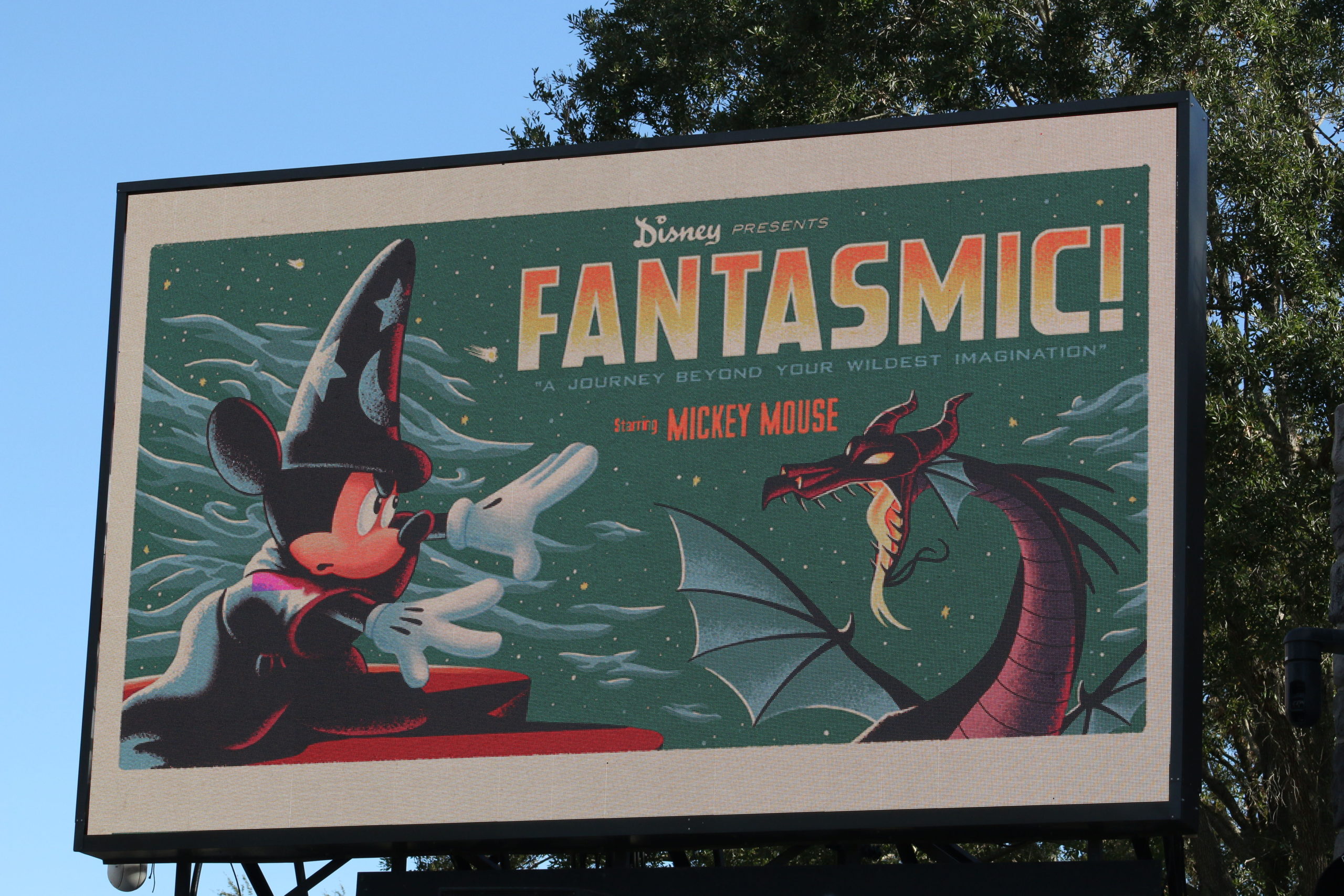 The art can be found on the LED billboard just outside The Twilight Zone Tower of Terror, which is used prominently in Sunset Seasons Greetings.

It depicts Sorcerer Mickey in battle with Maleficent in her dragon form.

The artwork pays homage to the movie poster for “Fantasia,” down to the word art used for “Disney”

Mickey is ready to take on the fearsome dragon, surrounded by ominous clouds.

The art promises “A journey beyond your wildest imagination.”

Meanwhile, Maleficent looks ready to give Mickey the fight of his life.

Cast Member previews of “Fantasmic!” will take place November 1 and 2, while public performances kick off November 3.