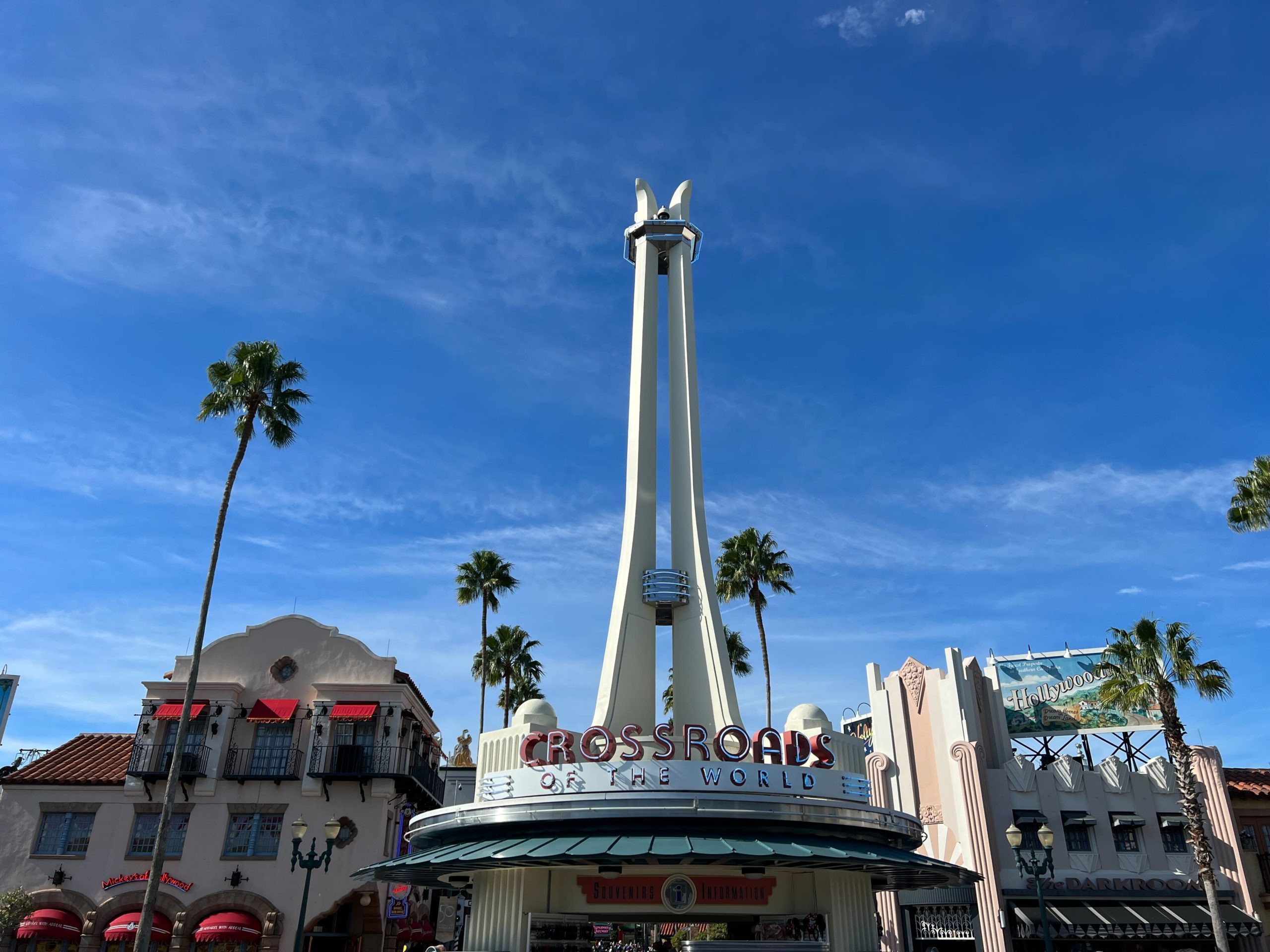 Mickey Mouse is once again missing from the top of Crossroads of the World at Disney’s Hollywood Studios.

He was previously removed in April 2019, but returned later that month. It’s very possible that the removal could just be for maintenance, though no official reason has been given as of the writing of this article.

When he is on the top of the towering spire that extends from the roof of the shop, Mickey stands atop a silver spinning globe, as depicted below:

For now, the spire remains mouse-less, though we hope he returns soon to welcome guests to the Tinseltown magic of Disney’s Hollywood Studios.