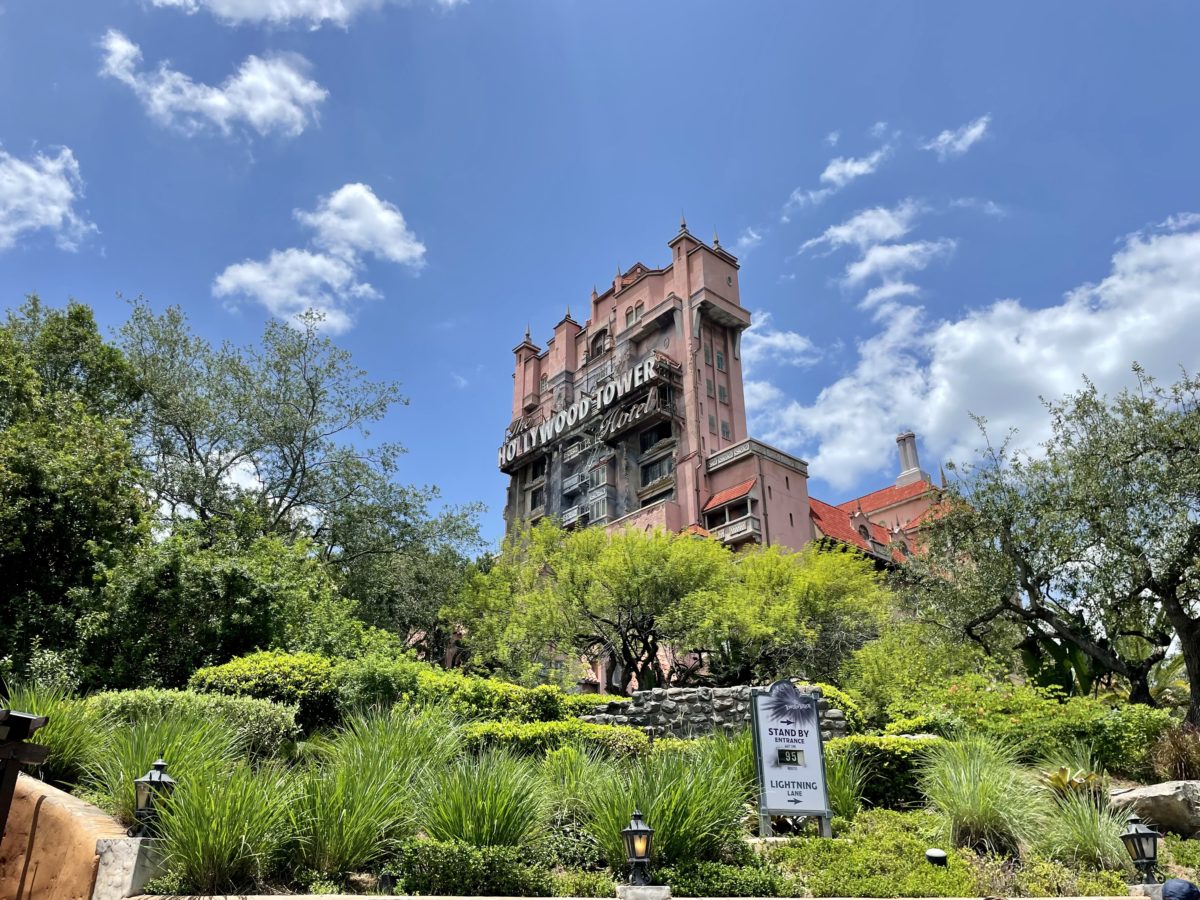 Hey, Howdy, Hey! We’re out and about finding all the new merchandise, even more price increases, and checking in on the ongoing construction at Disney’s Hollywood Studios and EPCOT.

We didn’t rope drop this morning, but we were still hoping to “drop in” at The Hollywood Tower Hotel. Unfortunately, the attraction was experiencing technical difficulties, and that caused the wait time to reach 95 minutes, causing the rest of Disney’s Hollywood Studios to become more crowded.

At Mouse About Town we found new Disney Duck merchandise. A new wallet and cap, featuring Huey, Dewey, and Louie.

We haven’t seen these in a while. Series 1 and series 2 Fab 50 blind boxes are back on the shelf. Maybe this means Series 3 will be coming to the parks soon?

Fab 50 Character collection ornament set have made their way onto the shelves. The set features Tinker Bell, Stitch, Orange Bird, Dumbo, and Winnie the Pooh.

Happy Holidays! Now your pet can celebrate the holidays a little early. Who says only humans can have bad holiday sweaters?

IT’S COMING BACK! In November, we will be able to enjoy one of the best nightime shows on property, Fantasmic!

This new “Turning Red” Loungefly backpack is too cute. Styled like a mini school backpack, this Loungefly will only cost you $39.99.

We were able to see Kylo Ren and a few of his Stormtroopers on Batuu.

A new giant Luke Skywalker doll can be found at Keystone Clothiers.

Shuri Limited Edition Disney Designer Doll is shining on the shelves. This doll is limited edition of 4500.

You can look “beyond amazing” in these new sweaters. The one below is short sleeved.

At Mickeys of Hollywood, we found a red panda Loungefly wallet.

The storm clouds have started to roll in. Let’s do a quick loop on the monorail to check on the ongoing construction in World Celebration.

CommuniCore Hall is taking shape. There’s a long way to go, but it’s refreshing to see this area of EPCOT going vertical.

Mystery signage are mysteries no more. They are being used to designate where the Passholder entrance is.

Walt Disney World updated, and increased, prices all around the resort. Today we noticed that Minnie Ear Headbands were raised by $5.

Our ducky friends are waiting in line to order some popcorn.

Is it just us or is Chef Figment staring directly into our souls? You can find him in ImageWorks.

The rain is starting, and we’re heading out. Thanks for joining us around the parks, and we’ll see ya real soon!