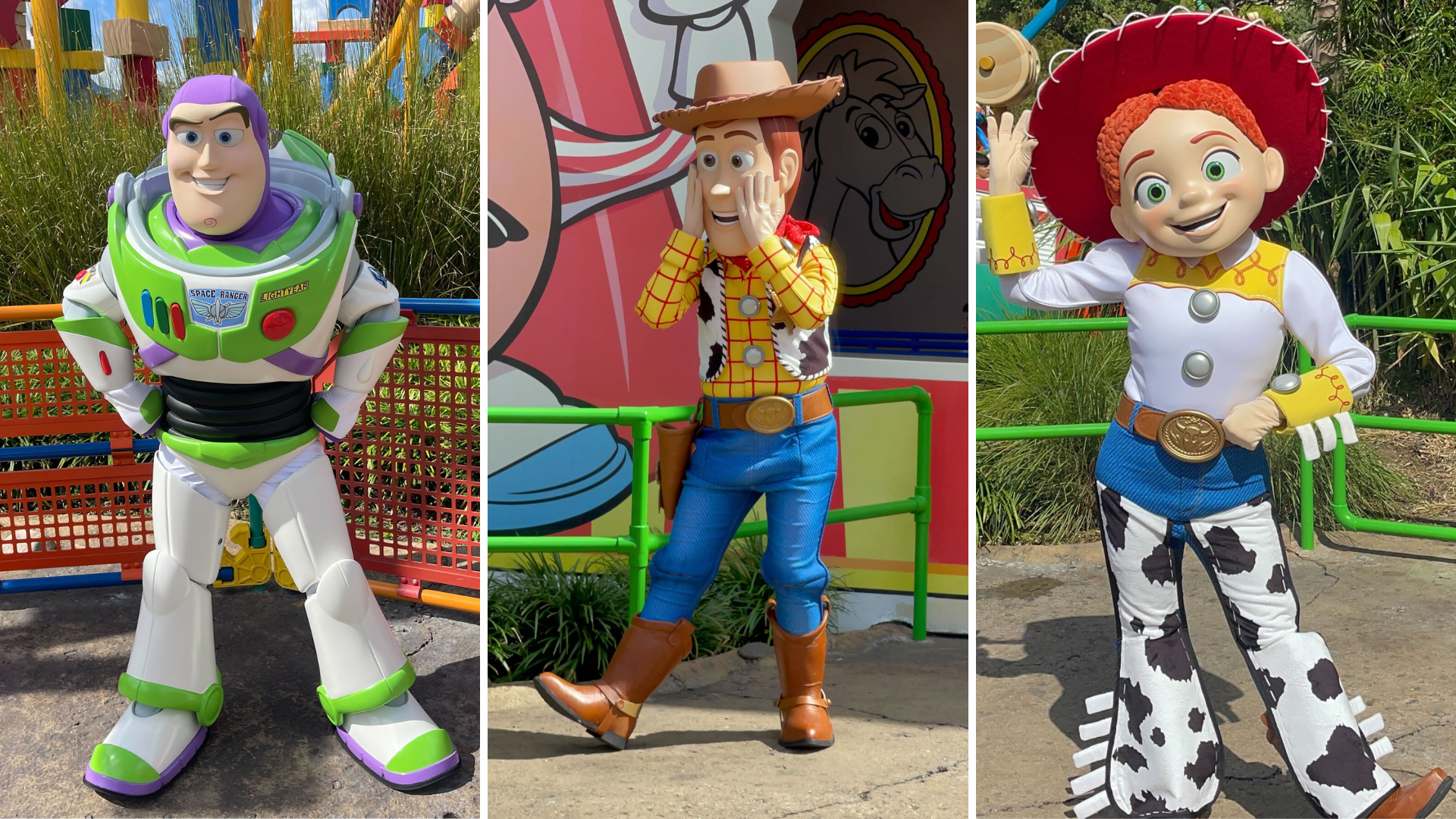 Following an extended hiatus that dates back to the closure due to COVID-19 in March 2020, Andy’s toys have returned to Toy Story Land for meet and greets at Disney’s Hollywood Studios!

The return of the characters was previously announced, but no date was given. Cast Members told us that the 3 Toy Story pals are now officially back on a daily basis starting today.

Woody and Jessie could be seen near the entrance to Toy Story Mania, meaning you could get a picture with the pair together.

Woody was as shocked as we were by today’s surprise return! He didn’t even have a chance to straighten out his belt buckle!

The return of these characters marks just one of the many entertainment offerings coming back to Disney’s Hollywood Studios over the next several days, with Fantasmic! set to light up the night once more starting November 3, and the Green Army Drum Corps marching once more on November 6.

At this point, we would just like to know when the Citizens of Hollywood (a.k.a. Streetmosphere) will return to Boulevards of Hollywood and Sunset.

Are you happy to see the Toy Story gang back out and about? What entertainment that is still missing from the theme parks do you hope will return soon?