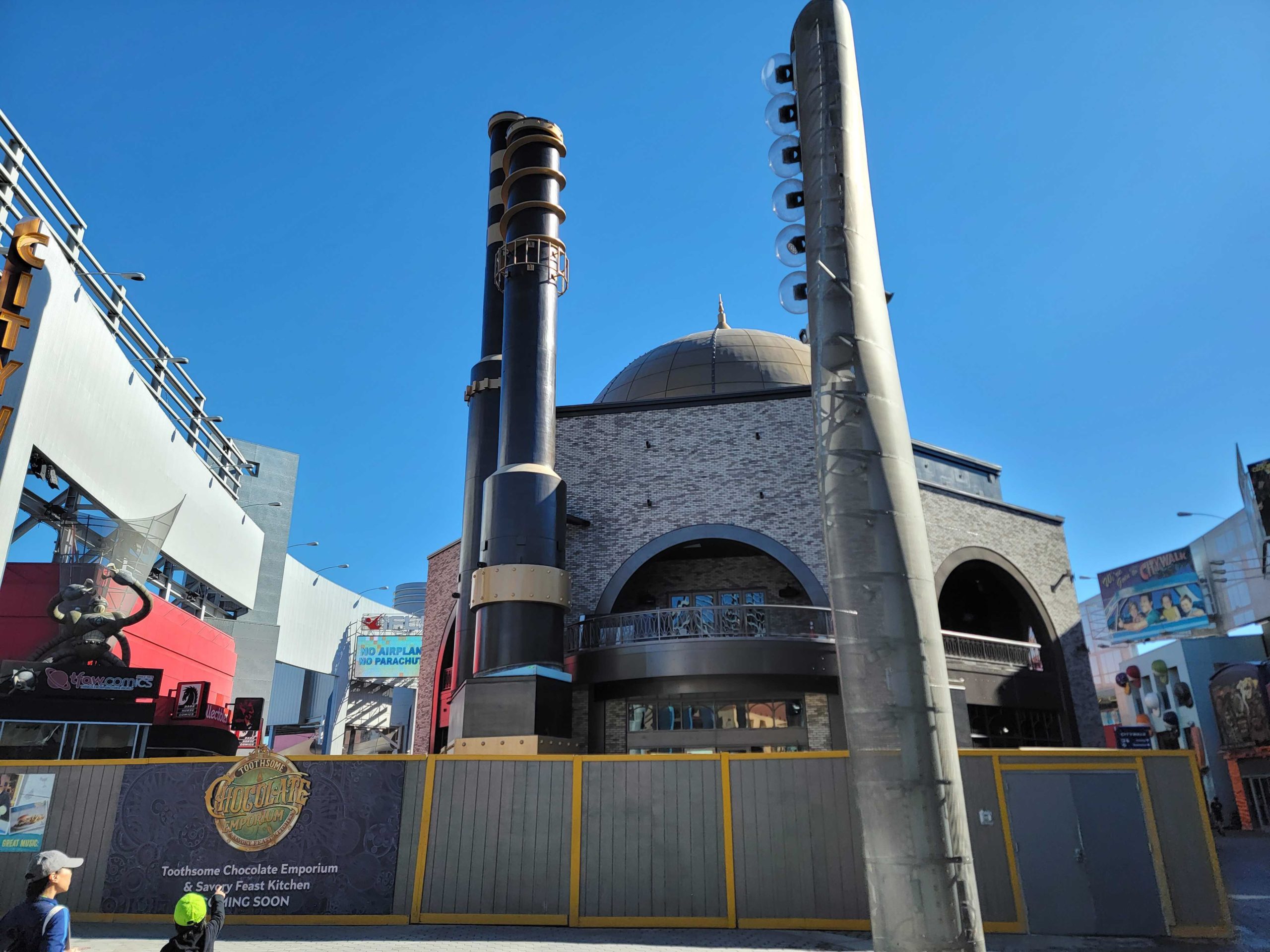 With the opening timeline recently announced, Toothsome Chocolate Emporium & Savory Feast Kitchen construction is picking up. Scrim is down around the towers, and off the front façade of the steampunk themed restaurant.

The smokestacks have been revealed! They are mostly black metal with some gold details.

We can see the gold metal accents at the bottom, with bolt accents, to further emphasize the steampunk theming.

The tops of the smokestacks have gold spirals on one, and a checkered pattern on the other. There is also a gate like structure below the spirals. According to the concept art, we should the word “Toothsome” down the front of one of the smokestacks.

Scrim has been removed from the front of the building. We can get a good look at the detailing of the balcony railing, and a few speakers have been hung on either side of the double doors.

Crews are laying tile in the outdoor patio area. It looks to be concrete grey. A gold fence has been erected to surround the patio.

Here is a look at the concept art.

This will be the third Toothsome Chocolate Emporium & Savory Feast Kitchen at a Universal CityWalk, with locations already open in Orlando and Beijing.