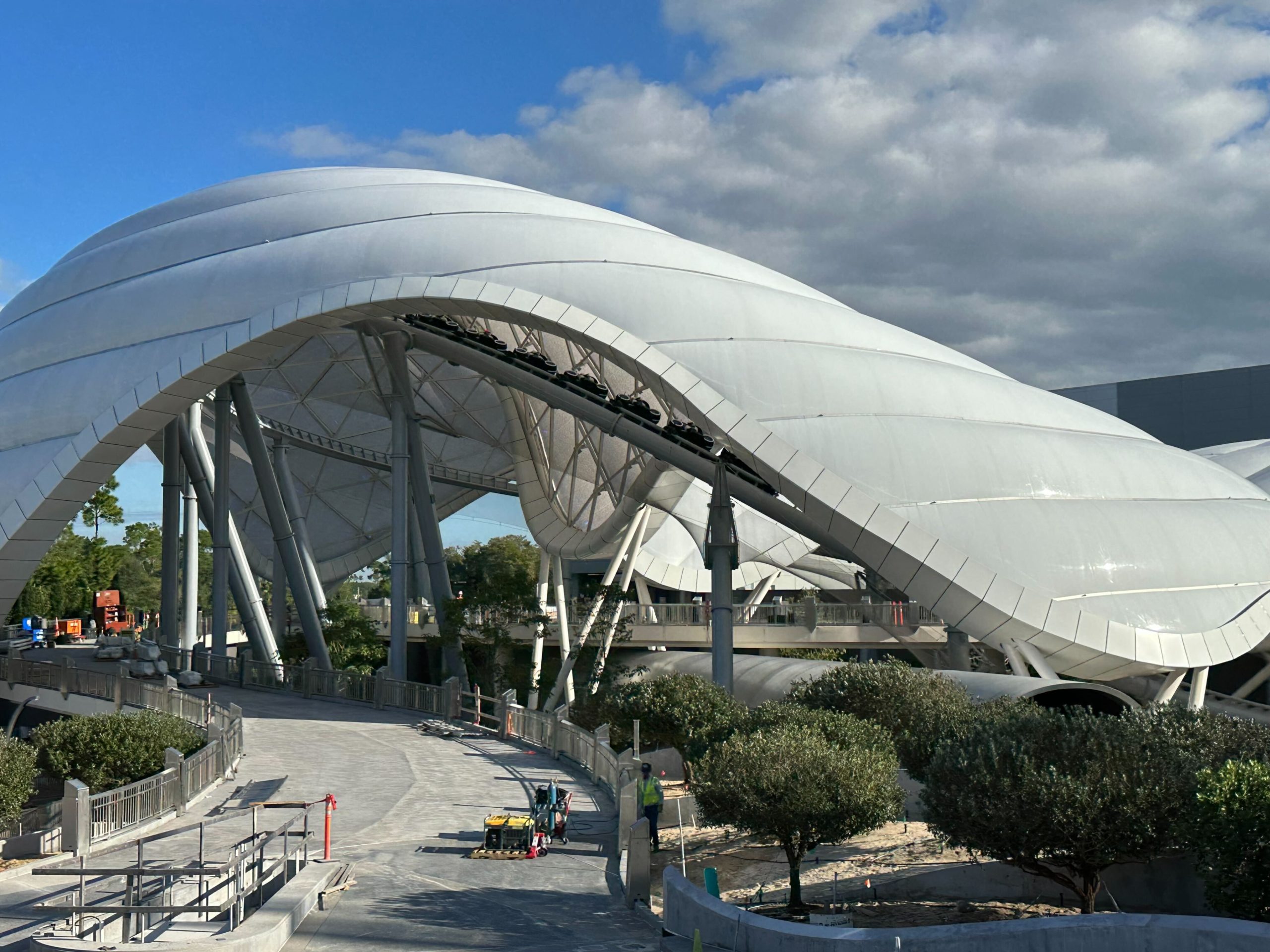 As we count down the days until TRON Lightcycle / Run finally opens in Magic Kingdom, we’ll continue to check on construction from the Tomorrowland Transit Authority PeopleMover. Crews have begun to plant foliage in the area around the coaster.

There are several planters near the walkway that leads to the entrance of TRON Lightcycle / Run.

Below the elevated walkway, the path leading to Storybook Circus is being paved.

Trees of various sizes have been installed in planters right next to the elevated walkway.

More permanent railings have been installed on the elevated walkway, too.

The courtyard area directly in front of the walkway has been filled in with concrete.

More trees have been planted between the walkway and the Walt Disney World Railroad tunnel, mostly blocking it from view on this side.

We saw some coaster trains testing.

A few more trees are past the train tunnel, too.

The entrance canopy is mostly complete, but some sections are not yet fully secured.

Signs now hang above the entrance.

A new sidewalk has been completed nearby, beneath the PeopleMover track.

Crew members are also working on Tomorrowland Light & Power Co., which will operate as both the Space Mountain and TRON gift shop.

After removing decorative towers, crews have been working on constructing a new edge to the building.

This slight overhang is mostly complete, but some sheathing is still exposed on the top.

Sheathing is also still exposed on the walls between doors.

During a recent trip, crew members were working around a window when we passed by.

The next day, painter’s tape had been removed from the window as cement dried around it.

The store remains closed as it undergoes an interior refurbishment.

Most of the gear theming was removed from the front.

From Storybook Circus, we took another look at TRON Lightcycle/ Run.

We could just barely see lights on beneath the canopy.

Lights were also on inside the Walt Disney World Railroad tunnel.

Are you excited to ride TRON Lightcycle / Run in Magic Kingdom?