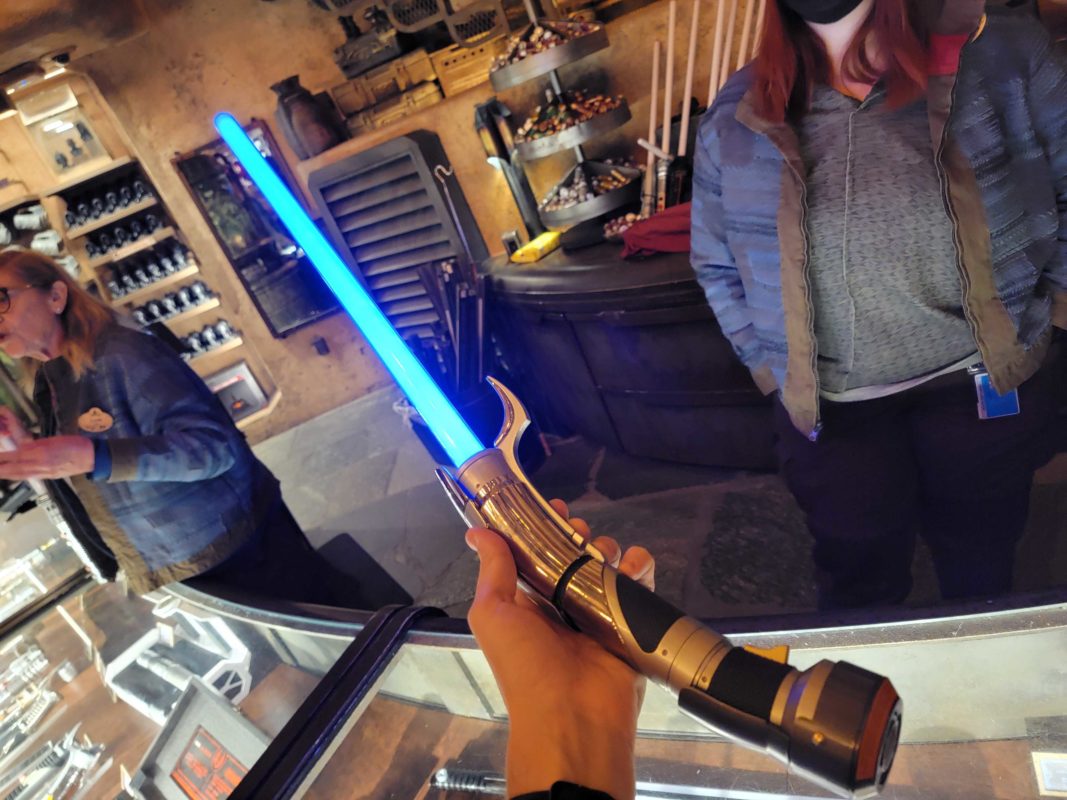 Although Dooku, the Count of Serenno and former Jedi Master, who went on to become Darth Tyranus and the political leader of the Separatists, isn’t a good guy, his lightsaber is certainly a work of art. We found Count Dooku’s Jedi Lightsaber at Dok-Ondar’s Den of Antiquities at Star Wars: Galaxy’s Edge at Disneyland.

His iconic curved hilt is rendered in detail. Unlike many Force-wielding characters, Dooku uses the same hilt when he becomes the Sith Lord Tyrannus. He is simply given a red kyber crystal by the Emperor.

Dooku crafted the curved hilt and unique emitter after becoming a Jedi Master. He discarded the saber he built as a Padawan and studied lightsaber design to build a weapon optimized for dueling.

Are you going to add this to your lightsaber collection? Let us know in the comments below.