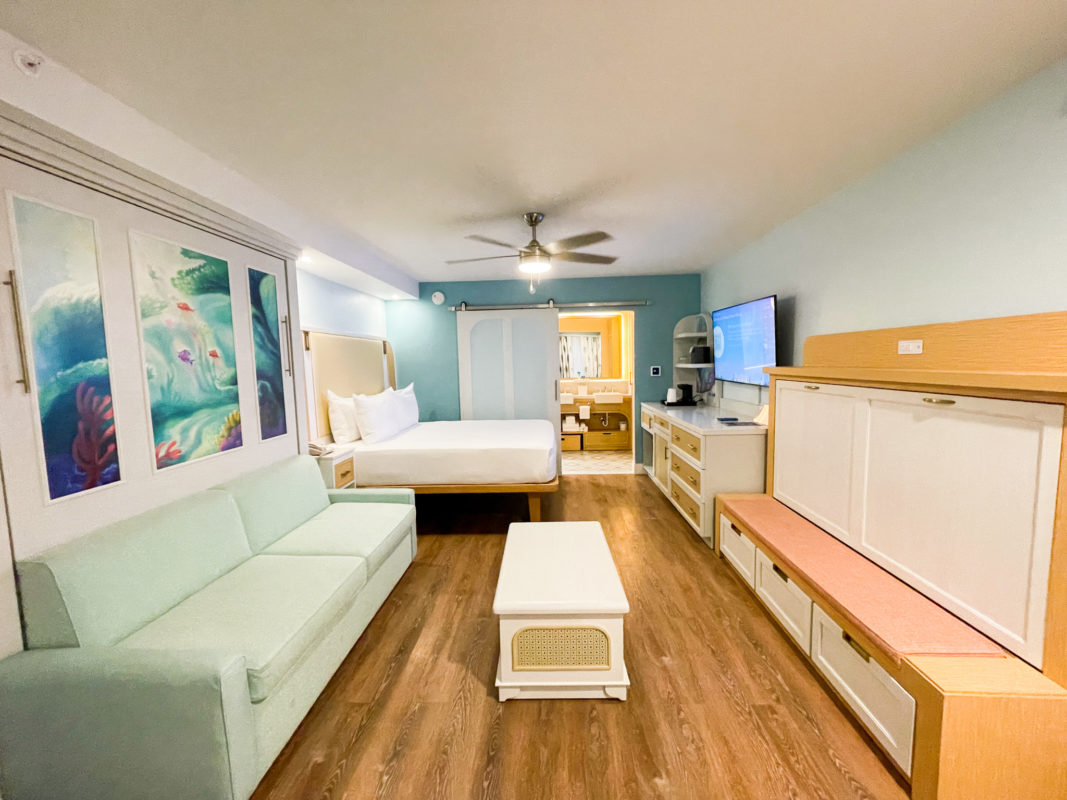 Disney has released a first look at new “The Little Mermaid” theming in guest rooms of the Trinidad area at Disney’s Caribbean Beach Resort. Some, if not all, of these rooms used to be the “pirate rooms.”

When the refurbishment was announced, Disney said the new rooms will include “subtle nods to fan-favorite characters from under the sea,” will accommodate more guests, and feature updated finishings that can’t be found anywhere else at the resort.

The new layout has one queen bed and two pull-down beds, rather than two queens.

Cast Members were the first to see the new rooms, and the images were shared on the Walt Disney World Cast and Community group Facebook page.

The “under the sea” details are found in various fish and seahorses swimming through the murals. The animation style is reminiscent of “The Little Mermaid.”

The refurbished rooms are set to be available to guests in 2023.

Compare the new look to a 2020 tour of a pirate room here.

What do you think of the new “The Little Mermaid” style for the former pirate rooms at Disney’s Caribbean Beach Resort? Let us know in the comments.