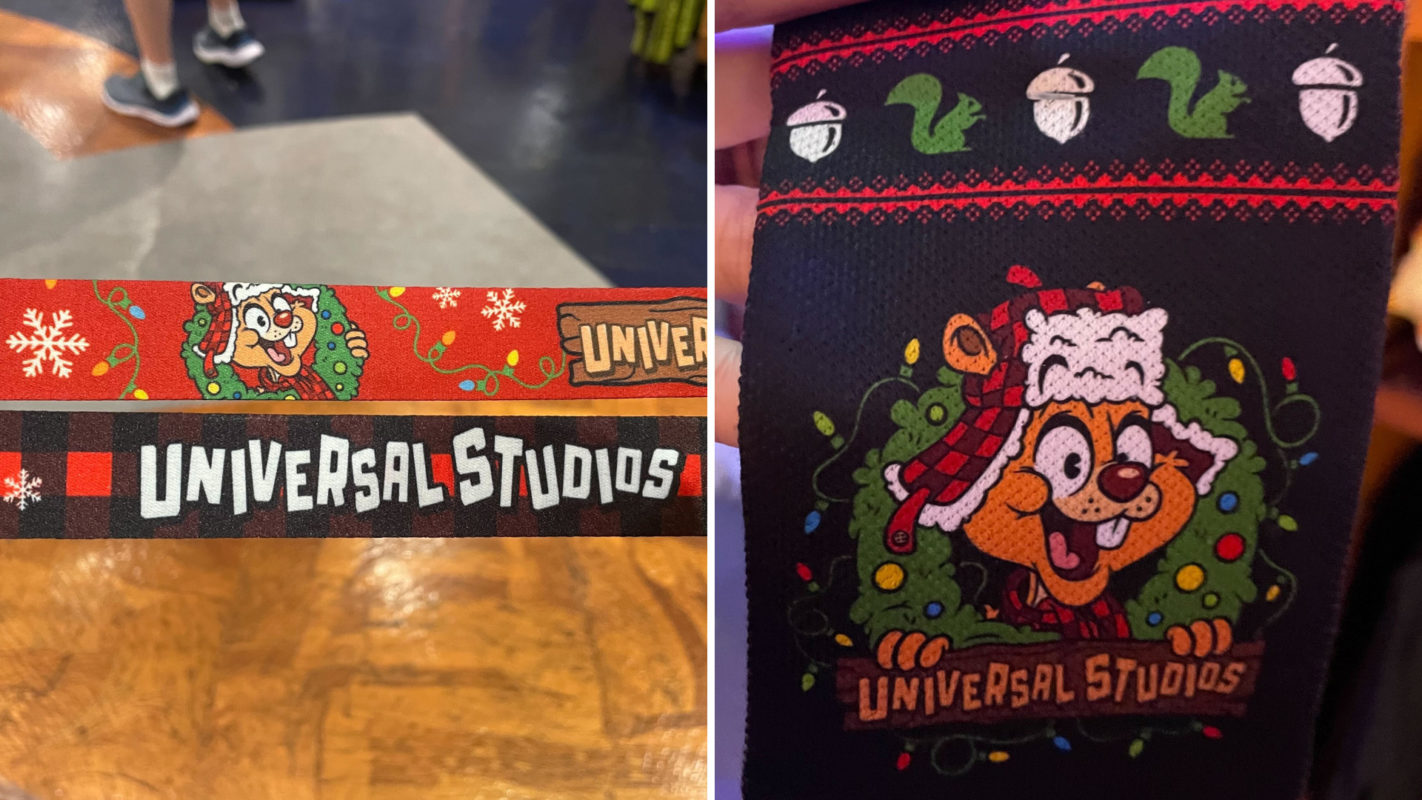 This lanyard is double sided. One side is black and red checkered, with snowflakes, and reads “Universal Studios”. The other side is red, with Christmas lights, snow flakes, and Earl!

Earl is popping his head through a Christmas wreath and wearing his traditional trapper hat.

Fans of Earl will love these ugly sweater-inspired socks!

Earl is poking his head through the wreath, per usual.

The top and bottom of the socks feature colored piping designs that resemble an “ugly sweater.”

Check out other Earl merchandise we found recently: