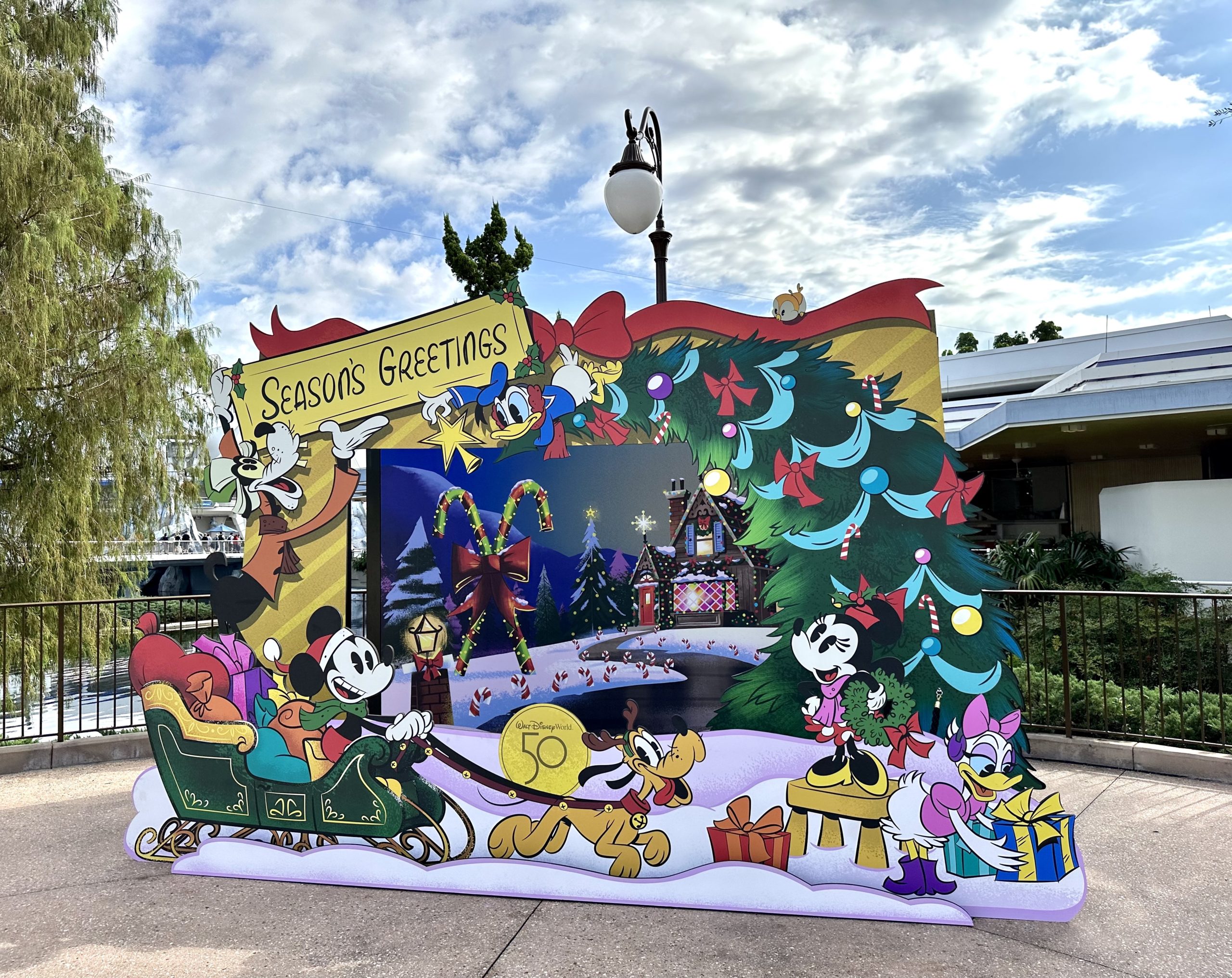 Season’s Greetings from Magic Kingdom! More holiday decorations are popping up all over the parks. We will be sure to report on all the new decorations and merchandise we find. We also plan on stopping by Disney Springs because a limited edition Disney Munchling is releasing at World of Disney. Let’s get started.

When we arrived at the Transportation and Ticket Center we noticed garland and wreaths have arrived. In addition to the decorations we could hear Christmas music playing in the background.

We decided to stop into Disney’s Grand Floridian Resort & Spa to see if any progress has been made to the gingerbread house. We noticed that shingles have now been added.

Only 52 days until Christmas!

In case you missed it, the Christmas decorations are now up in Magic Kingdom.

The windows at Main Street Confectionary have now been updated for Christmas. Minnie Mouse can be found in the first window with a Christmas tree and decorations.

Mickey’s nephews Morty and Ferdie are in the other window with a gingerbread house.

An adult coloring kit is now available in the Emporium in Magic Kingdom.

There was also an adult journal kit. This kit includes a journal, pen, border stencil, 2 small stencils and 2 large stencils.

We also spotted this new Orange Bird themed jumpsuit and sleep set in the Emporium.

Decorations have also been added to the Tomorrowland stage.

We spotted decorations at Tomorrowland Speedway as they prepare for the holiday layover.

It’s time to head out of Magic Kingdom and make our way to Disney Springs.

In World of Disney a new limited edition Donald Disney Munchling is available for a limited time.

The Donald Munchling resembles a lemon and blueberry cupcake. The Munchling smelled like blueberry.

For the release of the Donald Munchling, Amorette’s Patisserie created a Donald Duck Munchling cake.

The cake was very light and delicious. It had flavors of blueberry and lemon. You can see our full review here.

In World of Disney we spotted a swirl pink, yellow, white and green spirit jersey available for adults. This style was previously available in youth sizes.

We hope you enjoyed following along with our day!