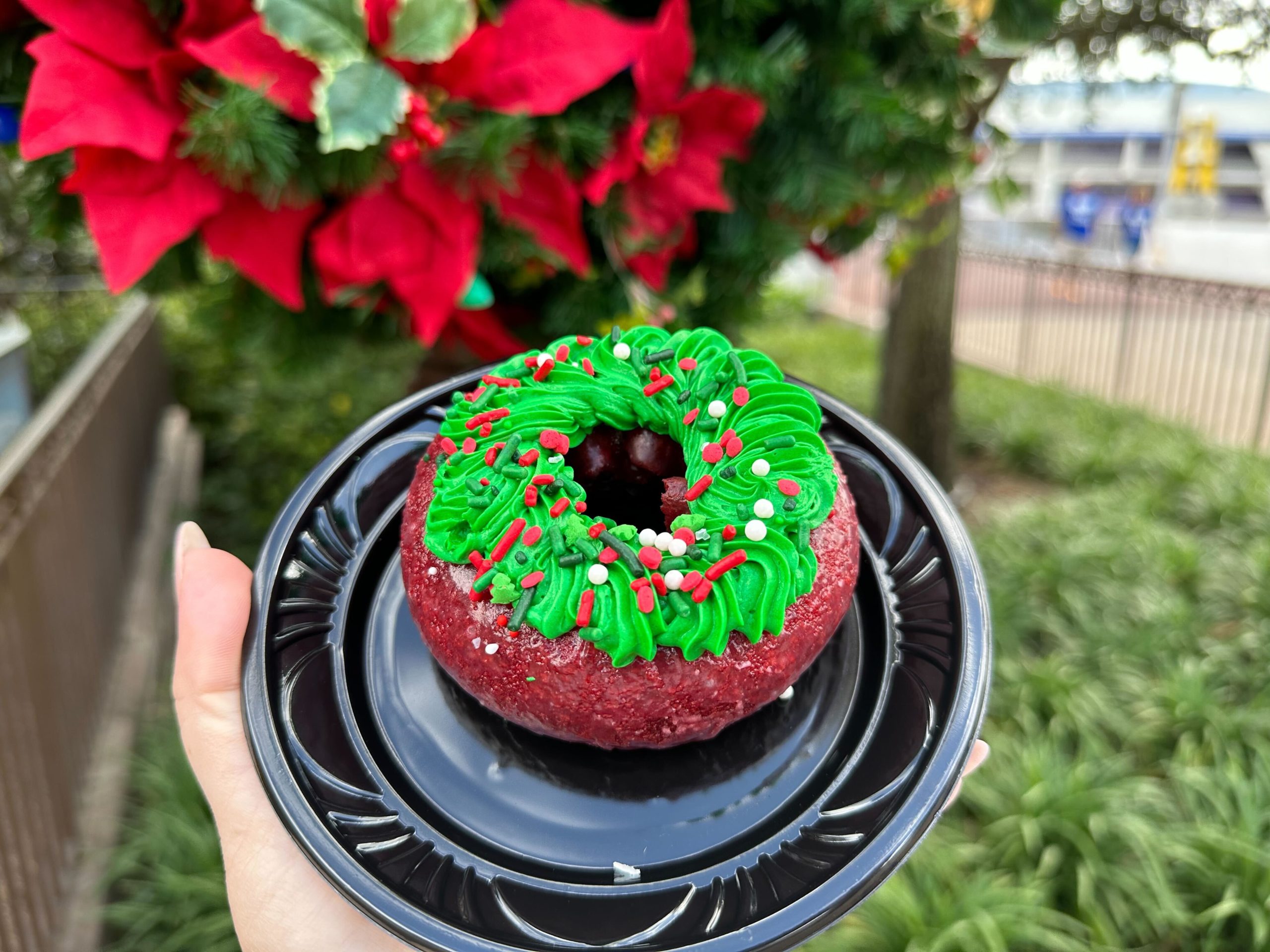 A new Christmas Wreath Doughnut is available at Magic Kingdom for the holiday season. You can find the doughnut at snack carts on Main Street, U.S.A.

We found this Christmas Wreath Doughnut at a cart at the Hub in the Magic Kingdom. This festive treat is available now through Dec. 31 during regular park hours and during Mickey’s Very Merry Christmas Party.

Let’s first address the elephant in the room — or at least in this photo. The Christmas Wreath Doughnut is described as a “Red Velvet Dougnut with…” Yes, you read that right — a DOUGNUT. So close, Disney. So close.

This is a red velvet cake doughnut — meaning it gets its lift or rise from chemical leaveners (baking powder and/or baking soda) and baked as opposed to a yeast doughnut that gets its lift from, well, yeast and is fried.

The doughnut is a burgundy color, so it is more than likely a chocolate-based batter with red food coloring, as is typical for red velvet. It is topped with green buttercream piped to resemble the branches of a wreath and decorated with bright red, green, and white holiday sprinkles.

On the first bite, the red velvet donut is very soft, fresh, and tender. The buttercream was smooth with a vanilla flavor. It had promise. However, subsequent bites proved otherwise.

It wasn’t the doughnut itself that was the disappointment, but the buttercream. It developed a very chemical flavor that was off-putting and unpleasant.

Unfortunately, we don’t think Paul Hollywood from “The Great British Baking Show” would be giving this a handshake anytime soon.

We would recommend the Christmas Wreath Doughnut with reservations and the suggestion to scrape off all the icing. Or save your money and try one of the better holiday treats around the park.

Would you be trying this doughnut? If so, let us know in the comments below.