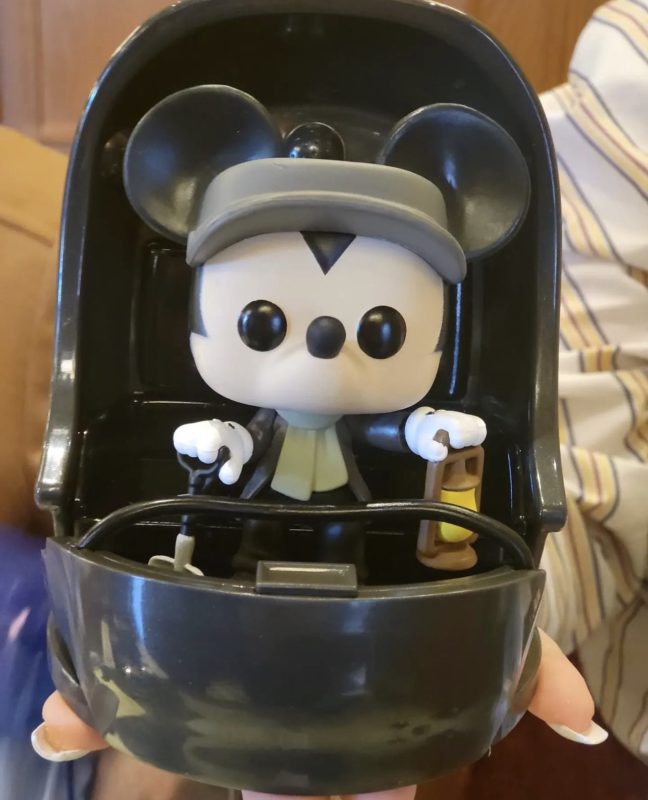 This adorable vinyl figure has Mickey Mouse dressed as The Groundskeeper, better known as “Caretaker,” and also semi-officially named Silas Crump. This figure will be a Disney exclusive. @disneyland_goonies posted photos on Instagram after finding an early release at Disneyland Resort.

Sitting in a Doom Buggy, Groundskeeper Mickey is dressed in a black jacket, and matching pants and a gray peaked cap, with a moss green scarf draped around his neck. In his left hand is a glowing lantern, and a shovel in the other.

They have already started popping up in the parks. When we visited the Disneyland Resort today, we found out they were in stock but came and went. We were told there were only 15 units this morning, and they were “gone in seconds.” It’s unclear if there is a limit on how many each guest can purchase. An official release date has not been announced, but we expect to see them at Walt Disney World soon as well. It’s unknown if they will be for sale on shopDisney at this time.