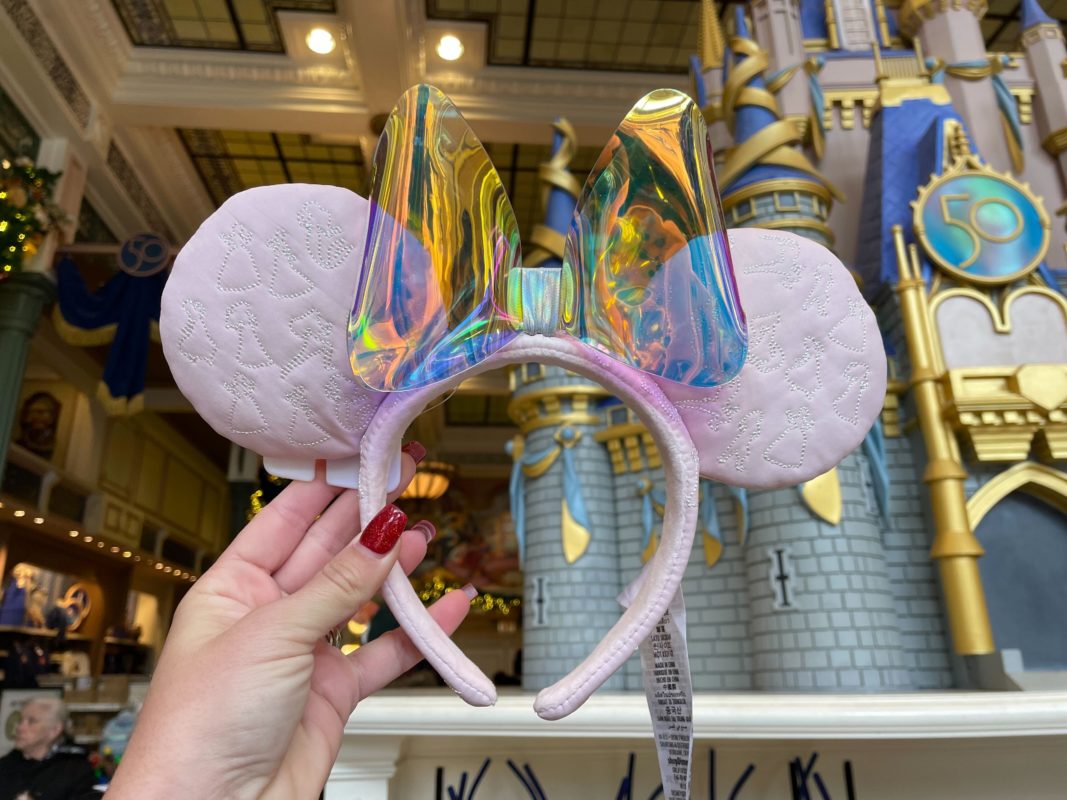 The ears and headband are covered in light pink fabric.

The Minnie bow between the ears is made of iridescent, translucent, flexible plastic.

The ears and outside of the headband are embroidered with the white outlines of the Disney Princesses, including Cinderella, Mulan, Pocahontas, and Ariel.

The “Disney” and “Stoney Clover” logos are embroidered on the left side of the headband.

The embroidery continues on the back of the ears.

These ear headbands were in the Emporium at Magic Kingdom.