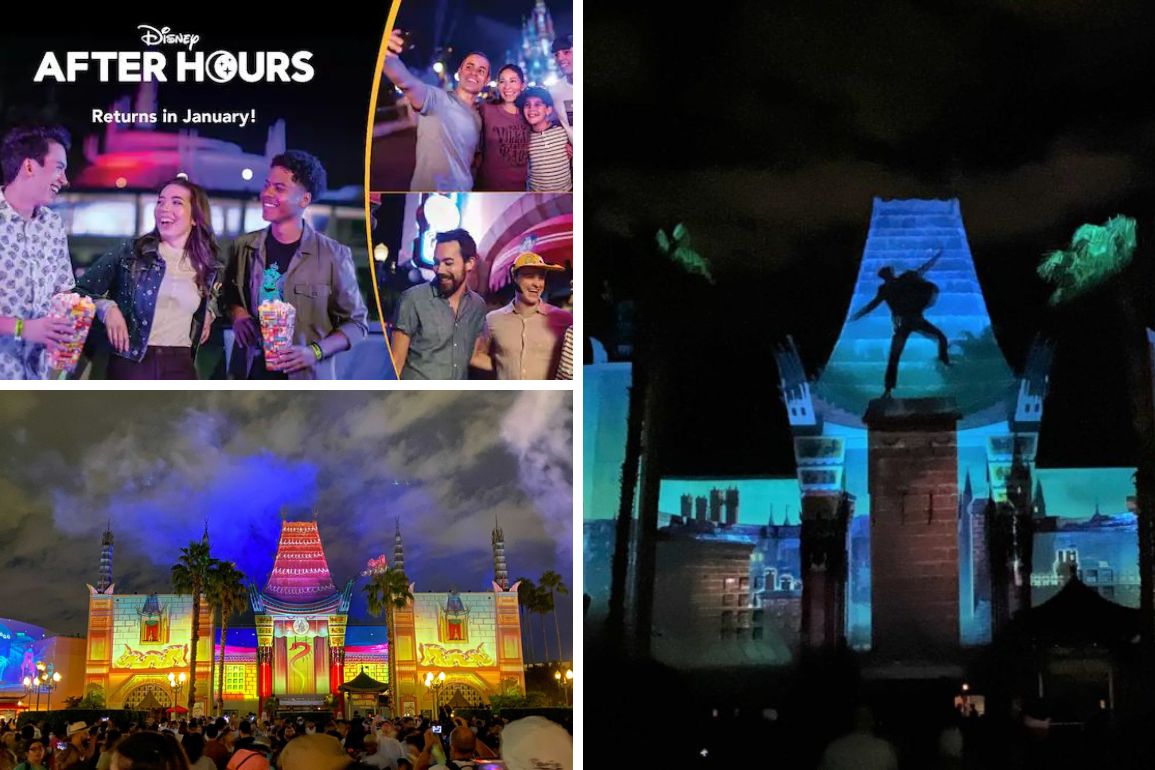 Disney recently announced the return of Disney After Hours events at Disney’s Hollywood Studios and the Magic Kingdom Park, beginning on January 4, 2023. At the time, it was unclear what additional offerings would be available for guests at this separately priced ticketed event. Showtimes have now been posted for two nighttime shows at Disney’s Hollywood Studios: “Disney Movie Magic” and “Wonderful World of Animation” projection shows.

To attend Disney After Hours, you need to purchase a separate ticket, which is not included with regular daytime park admission. These tickets are currently on sale for prices ranging from $129 to $159 (plus tax). Special pricing is also available for Disney Vacation Club members and Walt Disney World Annual Passholders for select dates.

Are you going to one of the Disney After Hours parties at Disney’s Hollywood Studios? If so, let us know what you’re looking forward to most in the comments below.