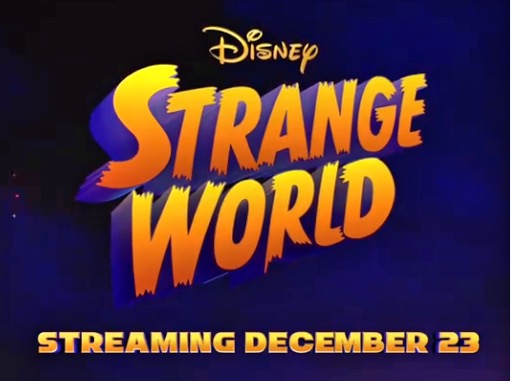 Holiday weekends are when movie studios release their blockbuster hits. This past Thanksgiving, Disney had its nationwide theatrical release for “Strange World.” It wasn’t the blockbuster hit that Disney thought. In fact, depending on which review you read, it was described as anything from a “flop” to a “bomb.” Now, Disney has announced on December 23, the film will make its streaming debut on Disney+.

It was expected that the animated feature would not hit the streaming service until early 2023. However, given its performance at the box office, it appears Disney may have pushed the release date to Disney+ sooner than expected.

“While the film was first released in November 2022, based on what Disney has done in the past, they will let the movie finish its run in theaters and then add it to their streaming library,” reported We Got This Covered last week. “This timeline puts the addition of the movie at some point within the first three months of 2023.”

The Clade Family, a world-renowned team of explorers, embark on a thrilling adventure into a mysterious and dangerous land inhabited by fantastical creatures. As they journey deeper into the unknown, the family must overcome their differences and work together to complete their most important mission yet. Along the way, they are joined by a mischievous blue blob, a three-legged dog, and other eccentric companions. But as they navigate the treacherous terrain, they must be careful not to let their disagreements jeopardize their mission and their lives.

Are you going to watch “Strange World” on Disney+? Let us know in the comments below.

Check out some of our other coverage of “Strange World”: