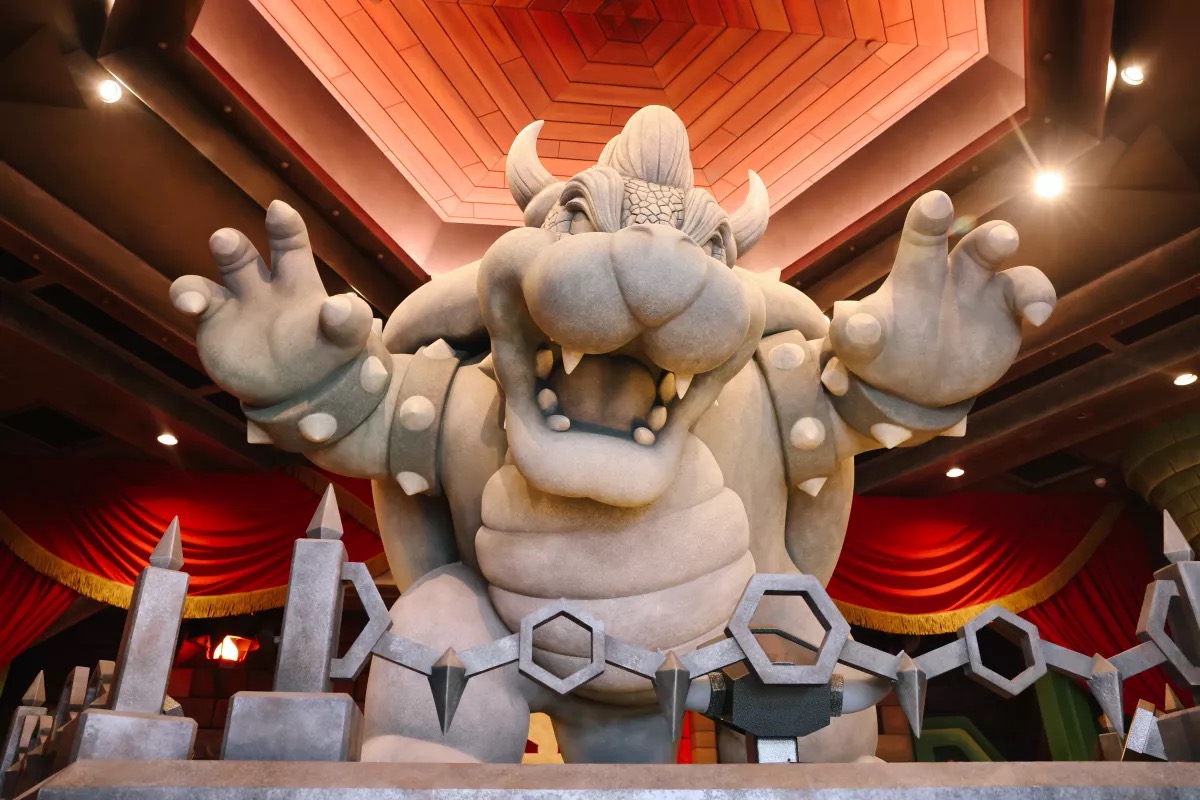 The Los Angeles Times has offered a first look inside Super Nintendo World at Universal Studios Hollywood, which is scheduled to open to the public on February 17, 2023. The Times spoke to Jon Corfino, vice president at Universal Creative, about the interactive land.

“There is a story line behind this whole experience,” Corfino said. “Part of our mission is to help [Princess Peach] get [her golden mushroom] back. That’s the rationale and the purpose behind a lot of the interactive games.”

As Jesse Schell, game designer and advocate for interactivity in public spaces, said, “They could have made Super Nintendo World a big arcade. But it’s clear the mandate was that this is not going to be a place where you go to play video games. This is a place where you’re going to go to be in a video game.”

For $40, guests will be able to purchase Power-Up Bands, a step above the interactive wands already available in The Wizarding World of Harry Potter. These interactive wristbands will connect to an app and allow guests to play games throughout the land, collect virtual coins, track their Mario Kart: Bowser’s Challenge scores, and look for the golden mushroom. Characters appearing in the land will be able to respond to guests based on the progress tracked by their Power-Up Band.

Of the land’s games, Corfino said, “My definition of games is maybe a little bit different. I know that some folks like to say if somehow the experience is keeping score, it’s a game. There are other attractions that have, on a one-dimensional level, kept score. But from a complete immersive aspect, everything that you’re doing here is being tied into your Power-Up Band. Then, delving into the reality of the Mario Kart ride experience, where you have AR goggles, physical sets, video mapping, LED projection — you are in a full-blown game that is unique every time based on what you’re doing. It’s pretty next level.”

Read more about how the Power-Up Bands work at Super Nintendo World in Universal Studios Japan.

Universal Studios Hollywood doesn’t have as much space for Super Nintendo World as Universal Studios Japan, so will only have one ride instead of two. Mario Kart: Bowser’s Challenge (Mario Kart: Koopa’s Challenge in Japan) will be just as interactive as the rest of the land. The ride uses both physical sets and movement-tracking augmented reality. Guests will steer, throw, and aim, just like in the at-home version of Mario Kart.

The queue takes guests through a forest (Yoshi’s new island) before transitioning into Bowser’s castle. Screens will act as windows showing ghosts.

“How to Talk to Princesses” is hidden in a stack of books, hinting at Bowser’s obsession with Princess Peach.

The Times didn’t get to ride Mario Kart: Bowser’s Challenge but points out that technical rehearsals will likely open to the public in mid-January. Pass Member Previews of Super Nintendo World begin on January 29.

Check out our most recent construction update for Super Nintendo World at Universal Studios Hollywood.