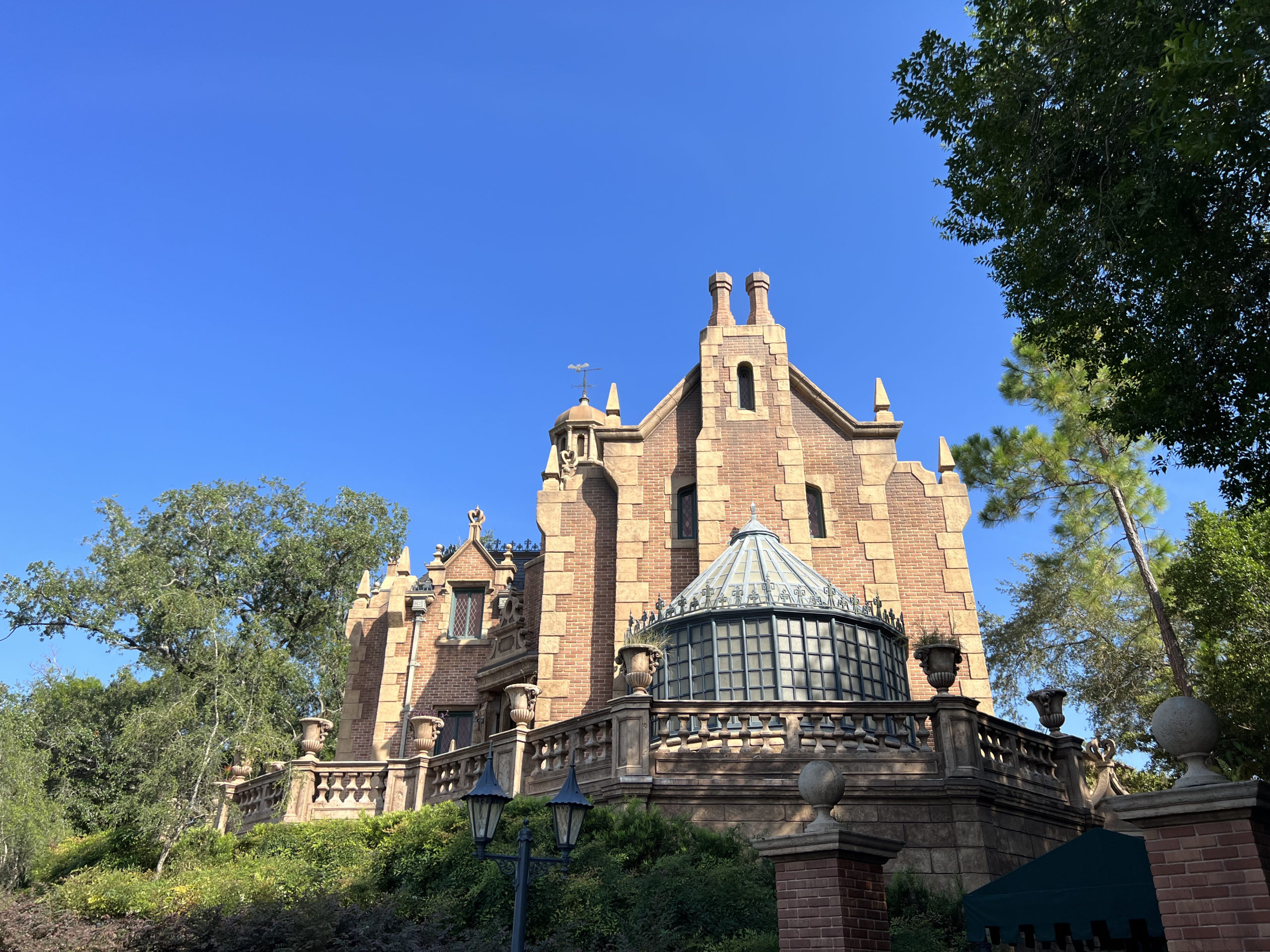 This week, another Disney fansite shared a video of a Haunted Mansion Cast Member at Magic Kingdom showing off a plush rat named “Abby.” It turns out the plush isn’t just a cute mascot kept by Cast Members — it represents the Haunted Mansion’s crumbling condition.

At least one user commented on the video that the rat’s real name is “Asbestos,” or “Abby” for short. In the video, Abby was dressed in a maid costume similar to that of Haunted Mansion Cast Members, and the Cast Member said she “tells the servants of the mansion where to go.”

Multiple sources have confirmed that the plush rat has been kept by Haunted Mansion Cast Members for some time (with Cast buying her different outfits), but wasn’t allowed out of the break room or in guest view because of the name. Cast Members named the rat Asbestos as a reference to the attraction’s general state, particularly the ceiling pieces that tend to fall on guests and Cast.

We do not know if those ceiling pieces do in fact contain asbestos. The material was frequently used in building construction until the 1970s (Walt Disney World Resort opened in 1971) when its adverse health effects became more widely known. Disney has since been removing asbestos from throughout the resort, including from restrooms in 1989 (via Orlando Sentinel) and Space Mountain in 2009. Asbestos is frequently left in buildings until a large-scale refurbishment, as exposure during removal can have worse effects than any limited exposure when it is confined inside walls.

The Haunted Mansion was refurbished in 2007, and it’s possible that any asbestos was removed at that time.

However, if asbestos is still in the Haunted Mansion and pieces of the ceiling are falling, then the material may be exposed to guests and Cast Members. A Reddit user married to a previous Haunted Mansion Cast Member wrote in a thread last year, “The guest-inaccessible parts of the Haunted Mansion are gross. Think asbestos, dust, grease, cobwebs, and all kinds of other crap that has accumulated over literally decades.”

The Cast Member in the video showing off Asbestos the rat had already put in his notice to quit and has since completed his last day. He brought the plush out of the break room, knowing he wouldn’t face long-term consequences.

Reportedly, Abby/Asbestos’ appearance online has upset management. One source told us they took the rat away, and another said it is still in the break room, but must not be shown to guests. We were also told that management said if Cast Members commented on the video about the Asbestos name, they must delete the comment or else they will be reprimanded in some way.

We reported earlier this week on the dirty boats of “it’s a small world” as well as on dirty PeopleMover cars and what appeared to be mold in Toy Story Land. There have been ongoing maintenance problems at Walt Disney World, and it seems cleanliness, in particular, is falling by the wayside.

As Walt Disney World seems to have ended its transition period out of the COVID-19 pandemic and returned to normal operations, we will be resuming our Maintenance Reports in January 2023, which we put on hiatus while the resort focused on the pandemic.