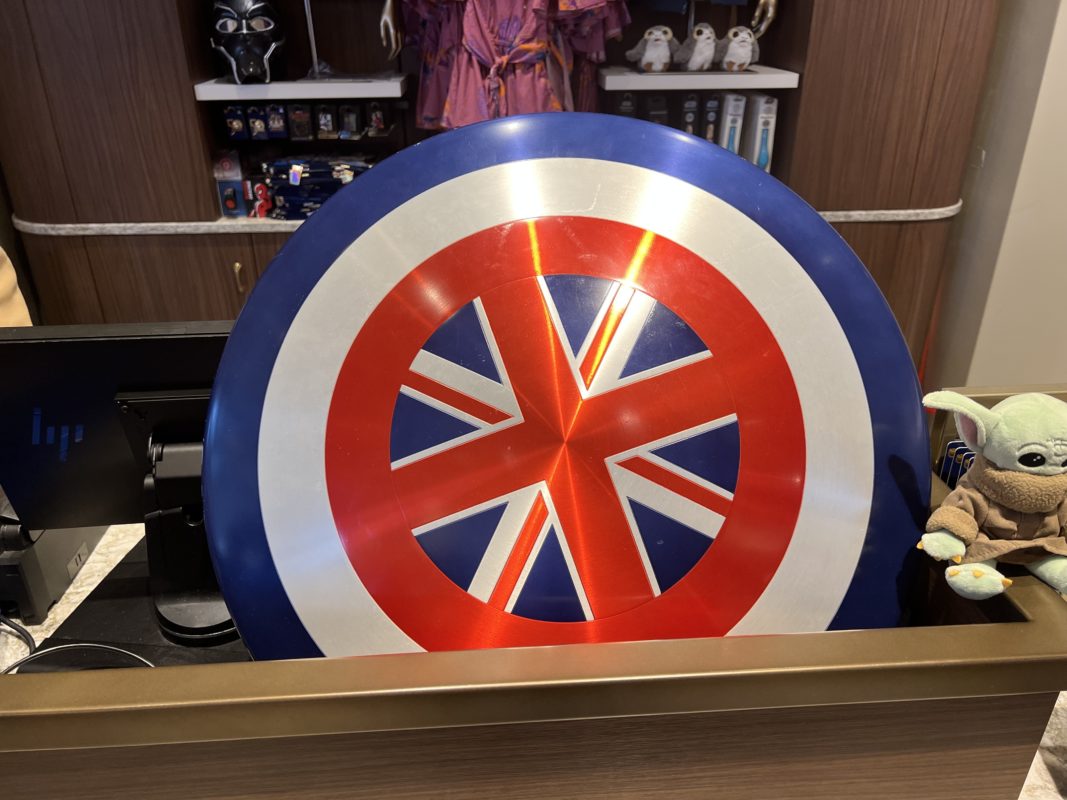 A limited-release Captain Carter’s Vibranium Shield replica is the latest Marvel Hero Relic to land in Keystone Clothiers at Disney’s Hollywood Studios. A second, kids-version is also available and is made of foam rather than Vibranium so that fans of all ages can wield the Avenger’s Union Jack Shield.

This vibranium shield allows anyone to take on the role of Captain Peggy Carter, from Marvel’s “What If…?”. Whether you’re preparing for the Secret Wars or just collecting all of the Marvel Hero Relics, this heavyweight shield features motion-based and impact effects that require batteries to function.

Measuring in at a hefty 24″ around, the faux leather buckle straps featured on the back should help to wield this metal Captain Carter Shield. This Union Jack is inspired by Marvel Studios ”What If…?,” now streaming on Disney+ and is recommended for Marvel fans over the age of 14 only. This limited-release Captain Carter’s Marvel Hero Relic Shield is also available on shopDisney.

Young Marvel fans can also transform themselves into the role of Captain Carter as they wield the Avenger’s Union Jack Shield. A foam version for children is also available at Keystone Clothiers allowing for softer, safer play. The soft foam version also features two straps in the back for easier wielding. The Union Jack graphics are screen-printed on the foam version. Smaller Marvel fans will appreciate its 14″ diameter.

Captain Carter’s Vibranium Shield is just the latest in a series of Marvel relics we’ve caught inside Keystone Clothiers at Disney’s Hollywood Studios. For Black Panther fans, a heart-shaped herb can bring a little bit of Wakanda into your home. Guests can also purchase a Doctor Strange Loungefly inside the shop.

Which version of Captain Carter’s Vibranium Shield are you more likely to be wielding after your next trip to Walt Disney World? Let us know in the comments.