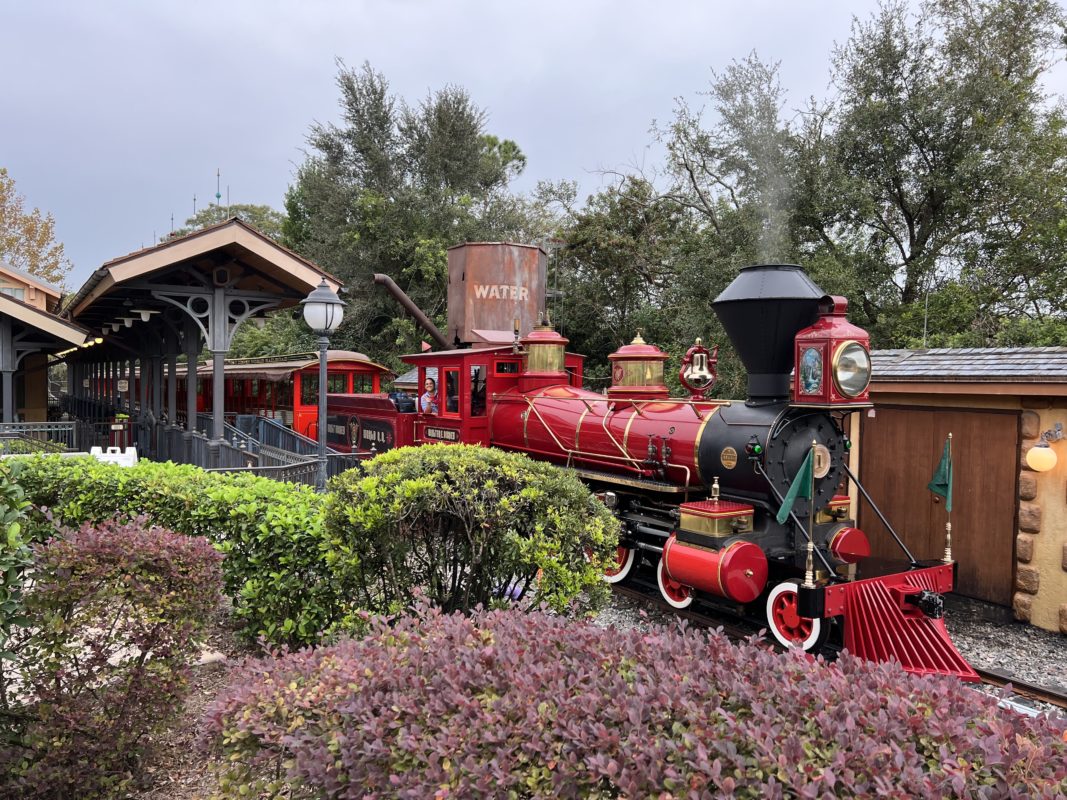 Permits were filed with the Orange County Comptroller on December 19 on behalf of Buena Vista Construction, Disney’s in-house construction company, for all three Walt Disney World Railroad stations at the Magic Kingdom.

Each of the stations has two permits — one filed to “Provide, labor,material, and/or electrical for construction,” and the others filed simply as “Electrical work.” It seems likely after four years being exposed to the elements with minimal maintenance, some wiring at the stations needs work. But we can’t say for sure, as the permits are very vague.

Three of the Walt Disney World Railroad trains have been spotted testing with their narration audio turned on this week, and rumors point to it reopening sometime around January 1. The Walt Disney World Railroad has been closed since December 3, 2018 for construction of TRON Lightcycle / Run in Tomorrowland, which is built right on top of the tracks and necessitated a new tunnel and slight reroute.

Are you excited to ride the Walt Disney World Railroad again? Let us know in the comments below!

REVIEW: Pain & Panic Hot Dog and Winifred's Elixir of Youth Are Tricks, Not Treats for Halloween...August 12, 2022
Cast Member's Child First to Get Haircut at Harmony Barber Shop Ahead of Reopening Next MonthJune 27, 2022
Disney Vacation Club Affiliation Added to MagicMobile PassJanuary 4, 2022