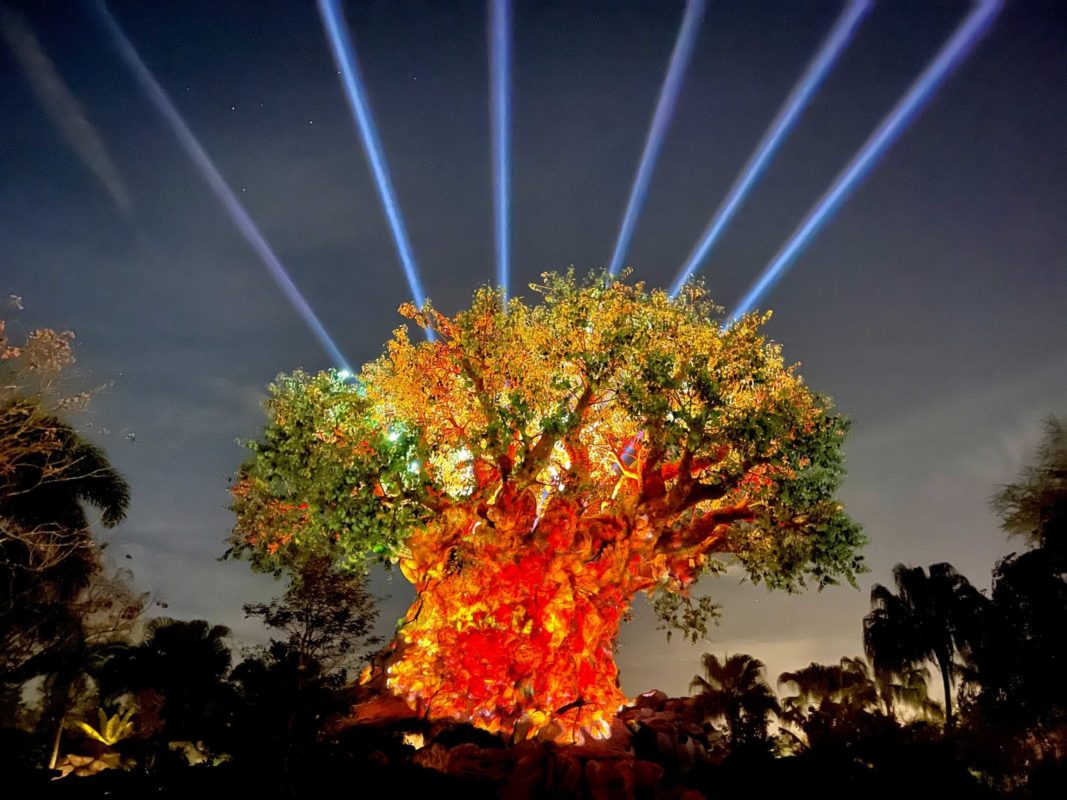 The Tree of Life at Disney’s Animal Kingdom theme park may be getting a new sequence as part of its projection show, “Tree of Life Awakenings,” in a couple of weeks.

It is believed that the new projection sequences, which will be incorporated with the attraction’s present show, will coincide with the release of James Cameron’s “Avatar: The Way of Water,” a follow-up to his 2009 smash film, “Avatar.”

Currently, Tree of Life Awakenings – Holiday Edition begins after dark and occurs approximately every 10 minutes until the park closes. Each show is approximately 3 minutes long.

The Tree of Life Awakenings shows are projections on the park’s icon that bring animals to life on its trunk. So far, most of the shows have been based around real Earth creatures, so an “Avatar: The Way of Water” show will be one of the biggest uses of intellectual property and the first to feature fictional animals for the show.

Check out more “Avatar: The Way of Water” news: