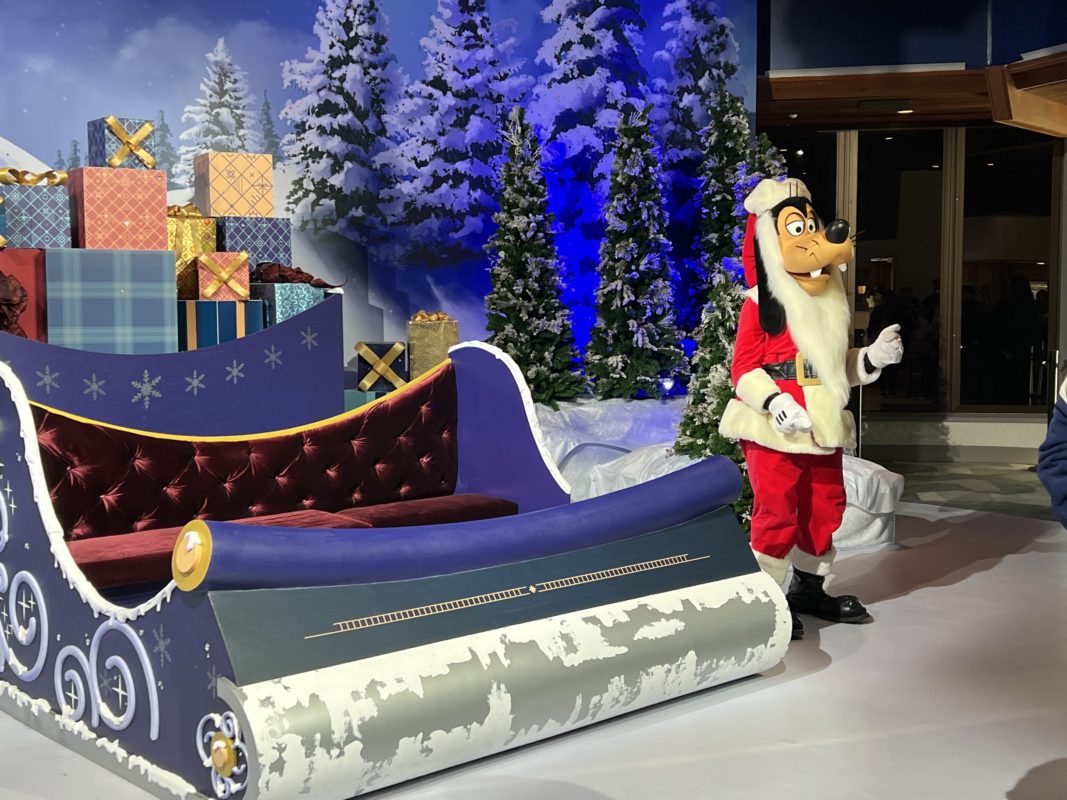 Santa Goofy has replaced the regular Santa Claus at the Christmas meet-and-greet in The Odyssey at EPCOT, and he’s making mischief over at Disney’s Hollywood Studios too!

Goofy is dressed up like Santa and posing for photos in the wheelchair-accessible sleigh.

The meet-and-greet won’t be open for much longer, as Christmas has already passed, so guests have a limited window to meet Santa Goofy. Jolly ol’ Saint Nick seems to only stick around through Christmas Day itself. Besides, the big guy deserves a break after making all those toys and delivering to every child around the world. So, Disney sent him home and is letting Goofy take the lead on meeting the kids.

He will likely be appearing through New Year’s Eve, December 31, 2022.

In the Santa Claus Cavalcade, Santa Goofy has also taken over for Kris Kringle. Don’t worry, Santa will be back next year!

Would you stop in to meet Santa Goofy at EPCOT? Let us know in the comments below!