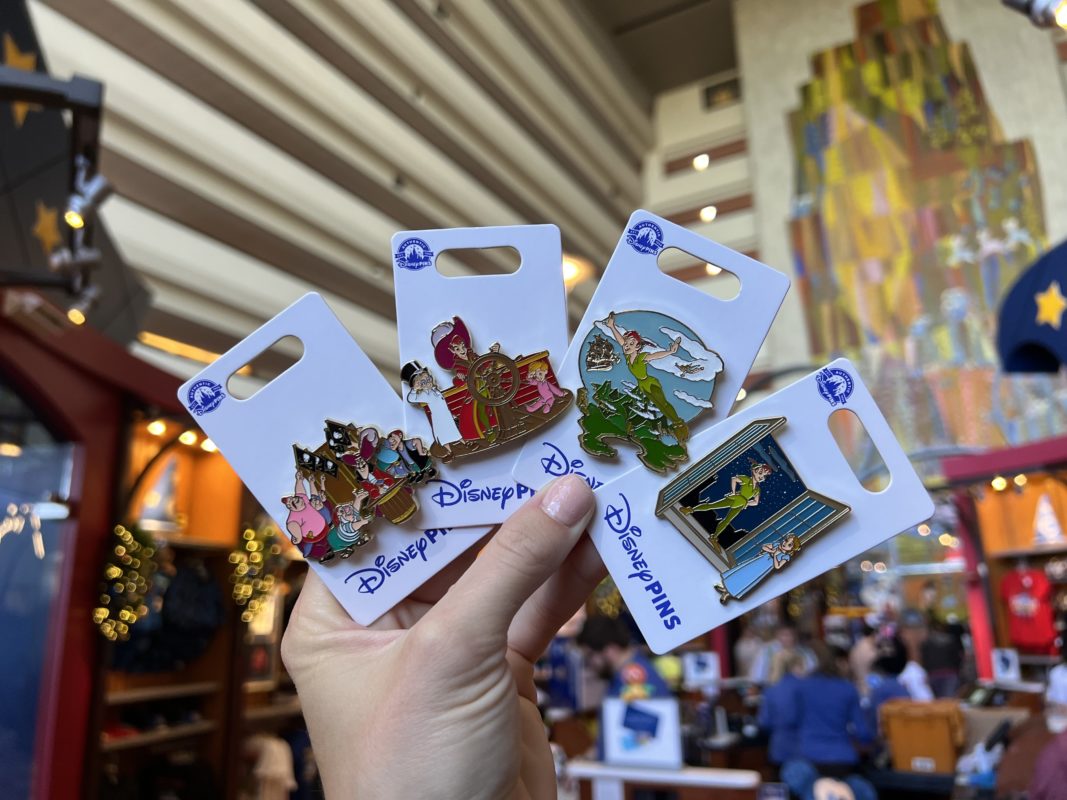 A new series of “Peter Pan” pins have flown into Walt Disney World, featuring different iconic moments from the classic film. We found them in the Fantasia shop at Disney’s Contemporary Resort.

This pin features Captain Hook, Smee, and their pirate crew, as he’s being introduced aboard the Jolly Roger.

On this pin, Peter stands in the open window in the nursery in front of Wendy. This is right as he calls for everyone to fly along to Neverland!

Peter, wearing Captain Hook’s hat and coat, is behind the wheel of the Jolly Roger on this pin. John and Michael are on either side. This moment comes after the film’s climax, when we see the children flying back to London on the golden Jolly Roger.

The final pin features Peter and Tinker Bell flying over Neverland, with the flying Jolly Roger in the background.