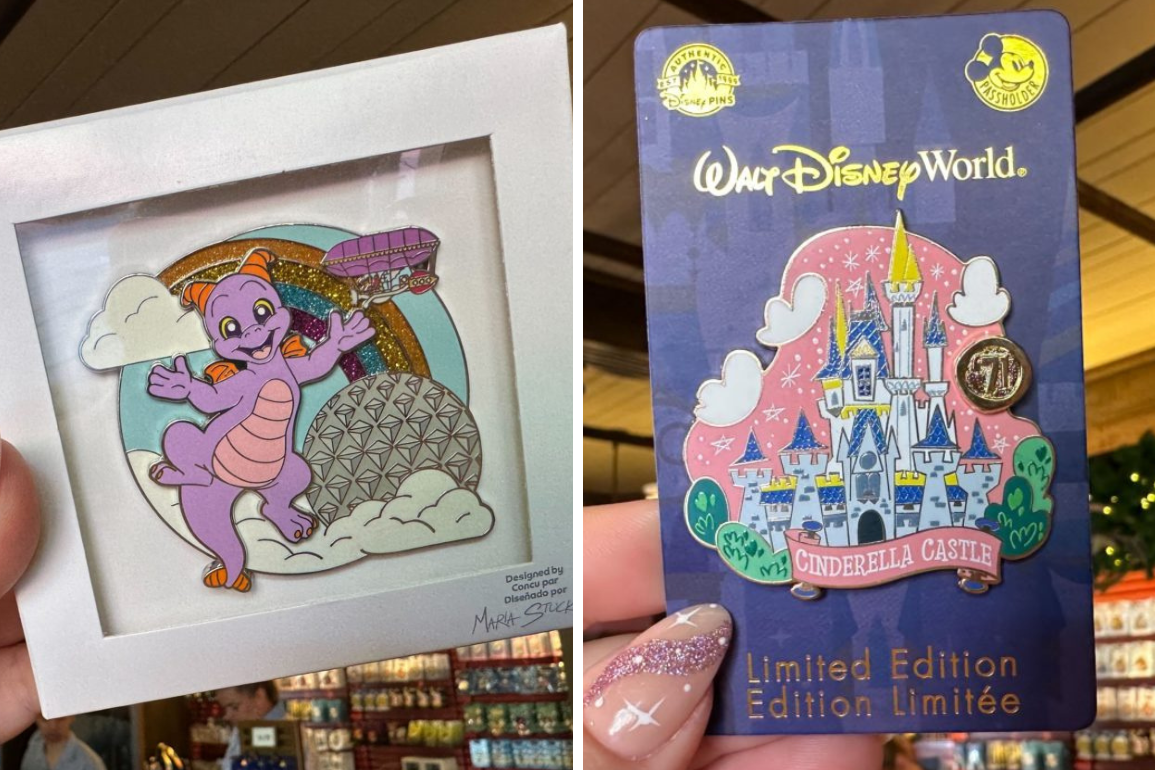 Two new limited edition pins celebrating Walt Disney World have arrived. One features EPCOT and Figment, while the other celebrates the 50th anniversary of Cinderella Castle.

Everyone’s favorite purple dragon is front and center on the newest limited edition pin to land at Walt Disney World. Flying among the clouds, Figment’s cheerful little face lights up this pin designed by Maria Stuckey.

One little spark of nostalgia! Also showcased on the pin are Spaceship Earth, a glittery rainbow (reminiscent of the rainbow tunnel in the original attraction), and Dreamfinder’s ship.

The pin is a limited edition of 2,000. We first found it in Frontier Trading Post at Magic Kingdom.

This Passholder exclusive pin, a limited edition of 3,000, features Cinderella Castle with a pink, starry sky and clouds in the background. Bushes harken to the shrubs around the hub with a “Cinderella Castle” banner at the bottom. A gold medallion with a ’71, noting the opening of Magic Kingdom in 1971, rounds out the design.

This limited edition pin can also be found at Frontier Trading Post in Magic Kingdom. Earlier this year, another Passholder Exclusive Pin featuring the Country Bears and ’71, debuted at Walt Disney World.

Are you pining for these pins? Which one is your favorite? Let us know in the comments below!

Guardians of the Galaxy: Cosmic Rewind Holiday Remix Confirmed to Start on November 25