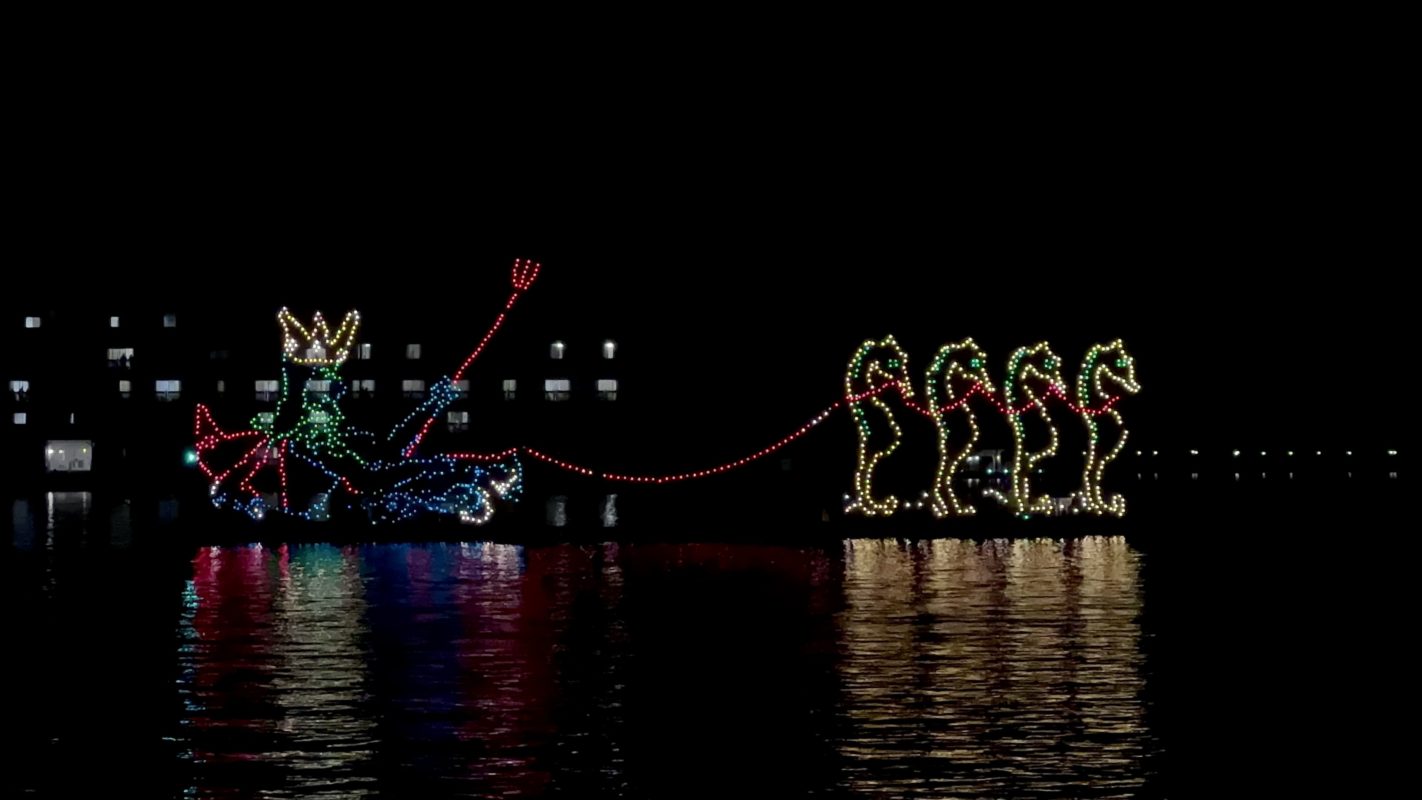 After quietly going missing for “urgent repairs,” the missing portion of the Electrical Water Pageant has finally returned to the waters of the Seven Seas Lagoon!

We were originally told the barges would be out for 6-8 weeks, putting them back on the water in January. It seems those repairs have been completed early, although some issues are still remaining, causing the missing floats to only appear some nights.

The barges missing were the dolphins, dinosaur, crocodile, sea horses, and Neptune.

The “Electrical Water Pageant” is a show that takes place on the Seven Seas Lagoon every night (weather permitting). It features 14 different floats with lights depicting images of sea creatures. The Pageant debuted in October 1971 at Walt Disney World, and while it has changed slightly over the years, it remains the only show from the resort’s opening years that still runs.

On viewing tonight, every single barge was back in the Pageant once more! We’re big fans of this tradition at Walt Disney World, and happy to see it gets the love and care it deserves even after 51 years.