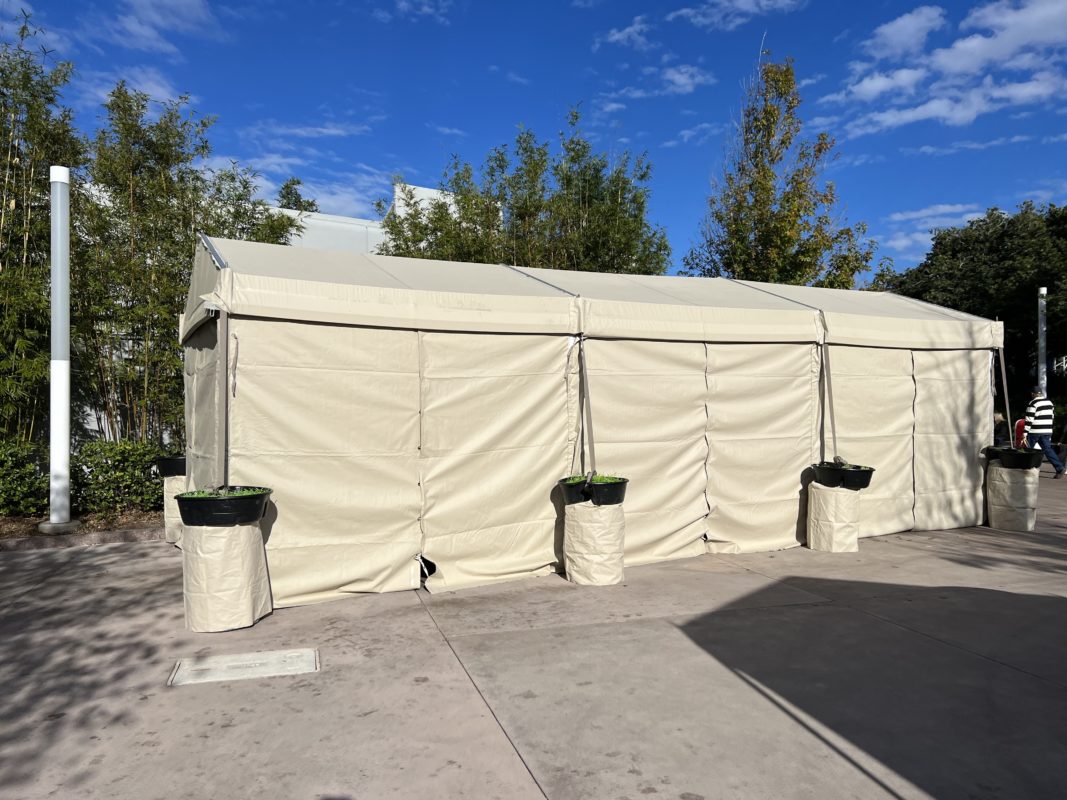 Tents have been installed and preparations are underway for the 2023 EPCOT International Festival of the Arts, returning to EPCOT on January 13th.

With a little more than two weeks to go until the opening day of EPCOT’s next festival season, a number of scrim-covered kiosks have appeared in preparation. These tented structures are in World Discovery, near Test Track and behind Creations Shop. Three sets of tan-colored booths each offer space for artists and exhibitors to showcase their original artwork and offer signings to guests.

Each tent is weighed down and wrapped up tight, with a planter between each booth for a touch of color to the otherwise plain exhibition spaces.

Two rows of three artists’ booths each lie parallel to each other, while a third is close by further along the pathway near Test Track.

A number of artists have already begun sharing their original works that will be debuting at the 2023 festival, featuring classic Mickey and Friends characters alongside the likes of Oswald the Lucky Rabbit, “Encanto” characters, Orange Bird, Stitch, and Russell, Kevin, and Dug from Pixar’s “Up,” among many others. We have a full list of artist appearances right here on WDWNT.

The 2023 EPCOT International Festival of the Arts will run from January 13 through February 20. Check out the list of food studios that guests will be able to dine at during the festival. Are you excited to attend the festival? Let us know in the comments below!